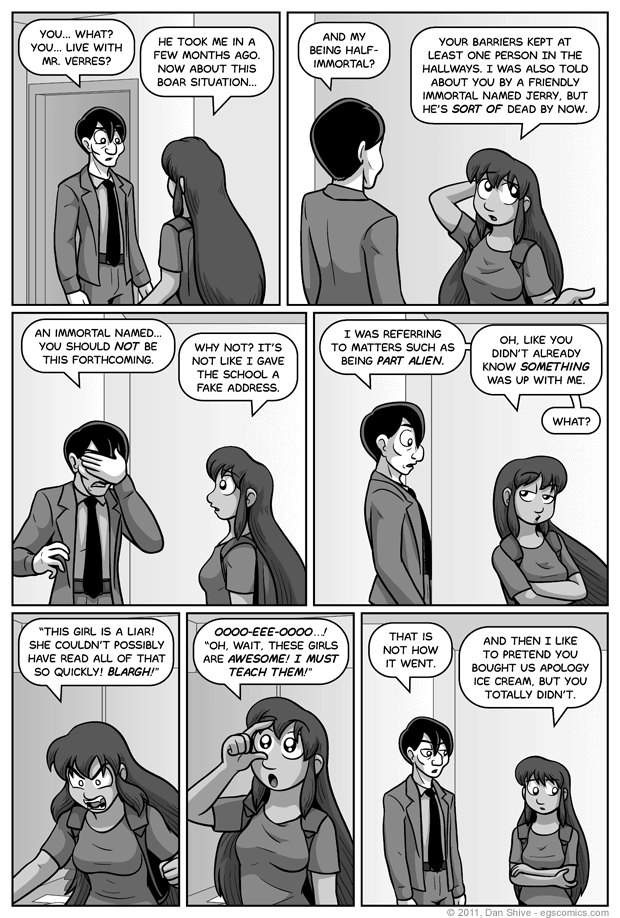 And so, as reckless as leaving a note like that on Raven's desk might have been, Grace at least had some sort of logic for why it was okay to do. I personally would have left a note along the lines of "we need to talk about something important" or whatever, but nonetheless.

Something I forgot to mention in the previous comic's commentary was a brief story from my childhood regarding the term "save the day".

It should come as no surprise that I used to play the Mario games a lot, and one day as a young child playing Mario Bros 2, I found myself wondering what the ultimate goal of the game was. I hadn't read the instruction booklet (I don't think I had my own copy of the game yet), and apparently, neither had my friend who owned the game. When I asked what the point of all the running around and throwing vegetables was, his answer was as follows:

I would say something like "ah, the logic of a child", but I was a child then, too, and I guarantee you that the reason I remember this story was that I was frustrated by his answer. I don't think he was messing with me, though. I think he didn't care about the story and "saving the day" was good enough for him. The ultimate goal of the game could've been to destroy the world or something. He just wanted to jump around and throw vegetables.