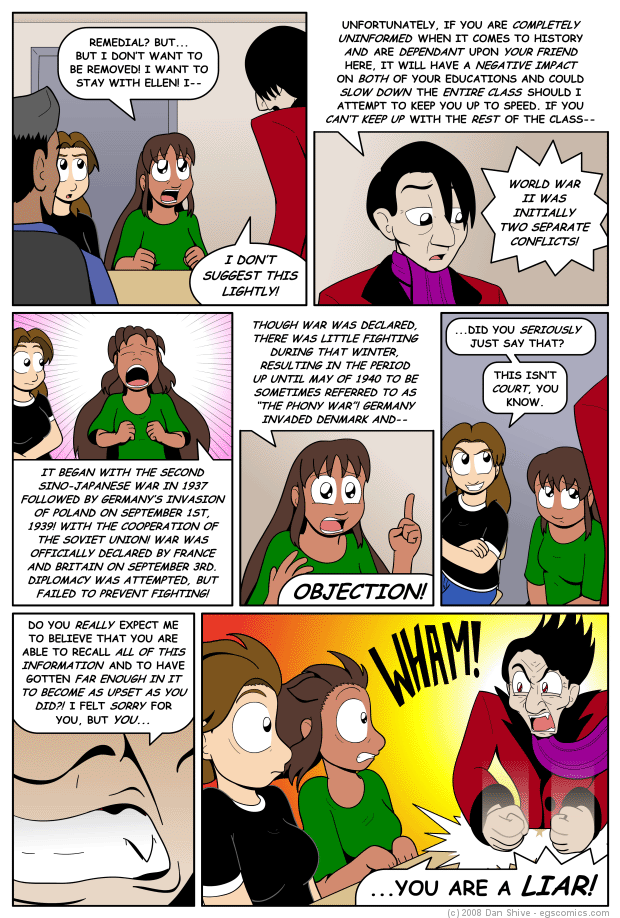 Posted February 27, 2008 at 1:00 am
Allegations that I play Phoenix Wright games for the Nintendo DS are totally crazy, outlandish, and simply have no basis whatsoever in reality.

I did research for this comic in an attempt to actually have historical accuracy, which is to say I did a bunch of searching online and attempted to make certain that anything I put in the comic was backed up by more than one site as the internet is a wretched hive of scum and villainy. World War II was a complicated affair, however, and is not easy to abridge into comic dialogue. Thank goodness Raven objected as quickly as he did.