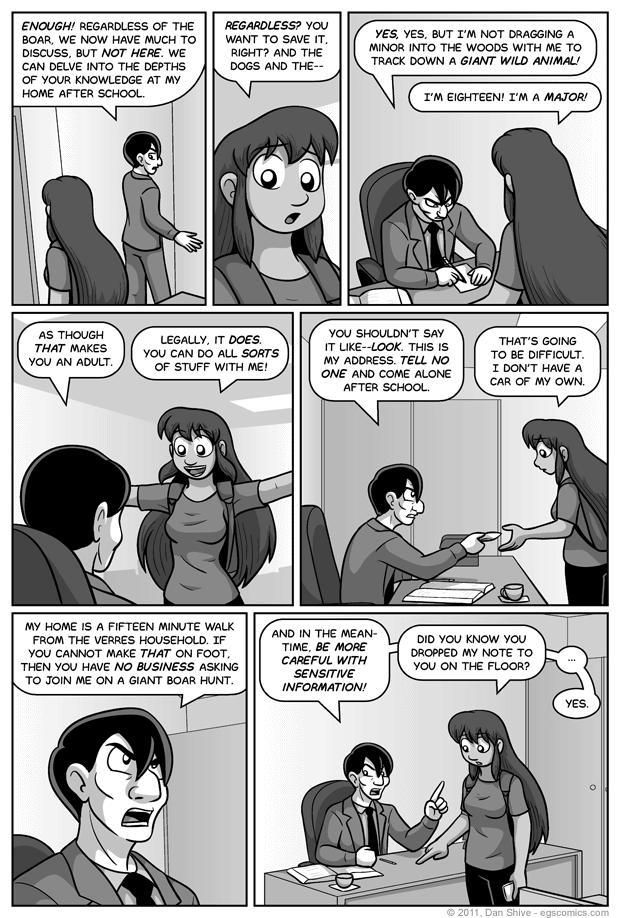 HA! I bet you eagle-eyed readers who noticed Raven was no longer holding the note in the previous comic thought you'd caught a mistake, didn't you?! Well, it totally was, but I noticed it myself late in the production process and realized that I finally had a note to end on for this comic, so I didn't bother trying to fix it.

The older I get, the stricter my criteria for thinking of someone as TRULY being an adult becomes. It used to be simply being eighteen or older in my eyes. Then I started thinking that it's hard to consider someone an adult if they're still in high school. Then I was like "dude, they're not even old enough to legally drink", and so on. If I live long enough, I'll one day be accusing sixty year-olds of being darn kids.

That said, I've occasionally thought about how people can be considered minors, but nobody seems to be talk about being a major. That probably shouldn't bug me, but how can you have minors without majors?! That's just madness.