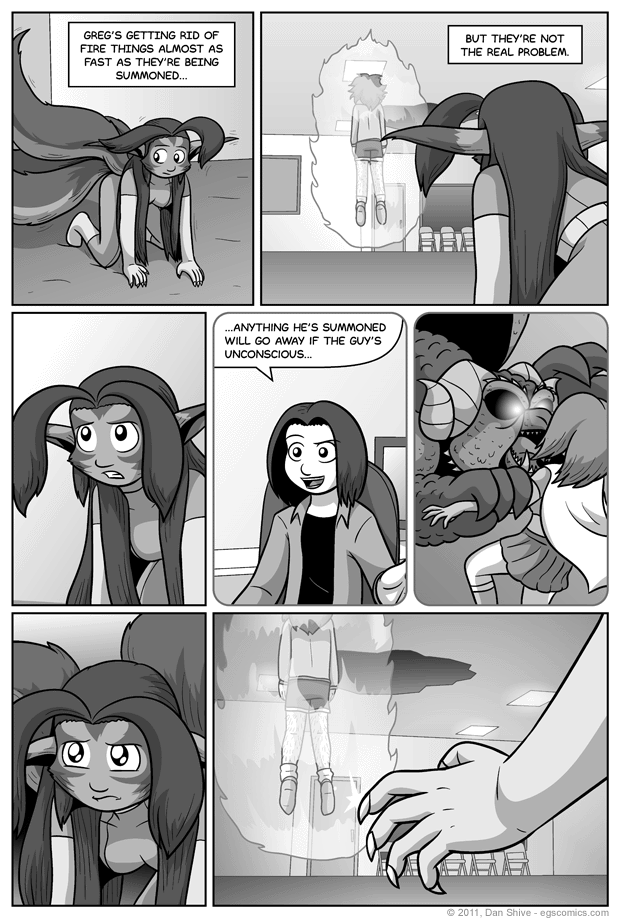 Posted May 4, 2011 at 1:00 am
For those still not used to the new schedule, there was a new comic yesterday. There wasn't one Monday, but that was due to technical difficulties.

I was asked what the fire dude in panel one was holding in yesterday's comic, and the answer is Grace's coat. The fire dude apparently failed to realize that 100% squirrel grace had scampered off. Her hairband is presumably around there somewhere. I had actually drawn it on the ground originally, but it was so hard to tell what it was that I left it out. If I had to excuse why it wasn't visible, I would claim it wound up either between or under the fire dude's feet.

Frankly, I'm glad the question came up, because I don't have a lot to say about this comic other than "it's difficult to draw a humanoid acting like a quadruped" and "she's on all fours because she just morphed back from 100% squirrel and is not yet drawing attention to herself". Oh, and "that hand in panel seven was hard to draw and I'm still not totally satisfied with it".