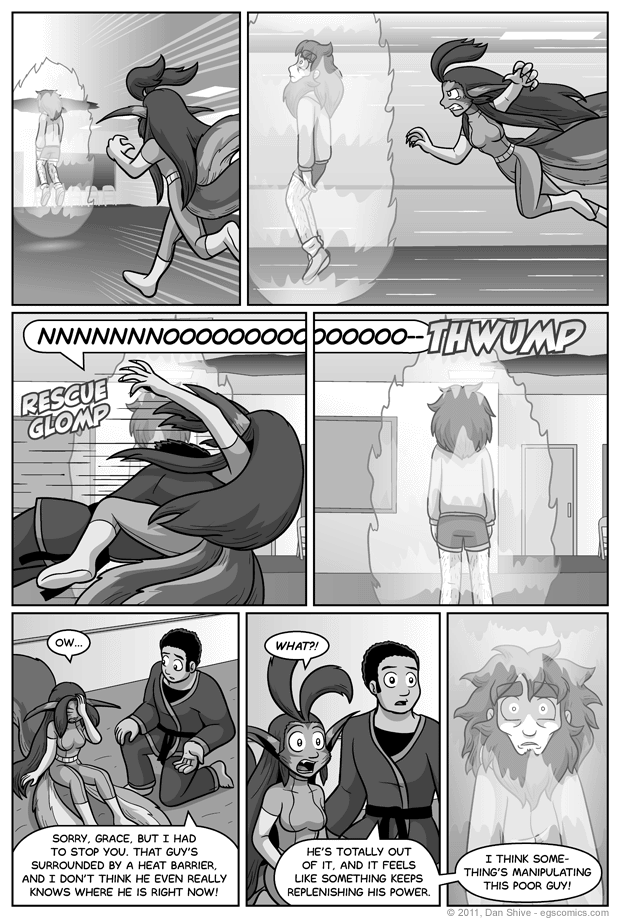 Give me a head with hair!

The layering of Grace's hair in the first three panels of this comic was a source of many errors and corrections during production, which is one of the key reasons Greg's rescue glomp miraculously pushes all the hair behind her shoulders. The layering of Grace's antennae, hair, ears, tufts of fur, etc is complicated enough without that long hair hanging in front of the shoulders, too.

And yes, I'm aware her long hair is wildly impractical, but I like how long hair looks and this is a comic, darn it! Besides, I assume practicality of hair length is a branch of physics, and it's not like we pay attention to the rest of those rules around here.

Careful with the grab, Greggy

As difficult as it was to position to grabbing limbs of fire things and Taurcanis Dracos, the position of Greg's head in this comic was even more difficult. It's hard to tell for CERTAIN how exactly it's positioned relative to Grace's chest in this comic, but, um... let's all just assume it's positioned for the best.

In any case, it's worth remembering that Greg's motives are pure and that, much to his shame, he's not a pervert.