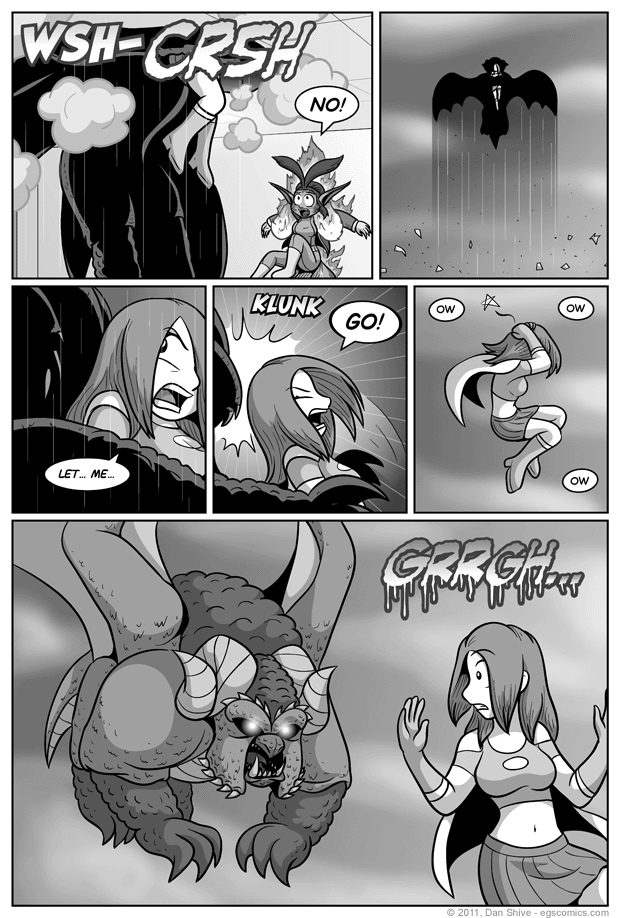 - EGS characters have no respect for ceilings
- No really, they don't

And now, today, the Taurcanis Draco. Which, as I understand it, is butchered Latin for "Bulldog Dragon". Or maybe it's proper Latin? I know there are variations of "taur", and my suspicion is that is should be "taurus", but I honestly don't know. I just didn't like having that extra syllable in there. Someone correct me before yet another generation sucks at Latin!

Incidentally, I was going to include Uryuoms and the like in the bestiary, but Minion strongly advised against that.

I realized during the shading process of this comic that I had shaded the ellipse on Cheerleadra's shirt white in the past two comics when it was previously a darker shade of grey than the rest of the shirt. I decided just to keep it white given that Elliot's changed other aspects of the form and that could be hand-waved as a side effect of that. You all buy that, right?

I...I'm not good at drawing things bursting upward through ceilings. I'm really not. I assume there are dedicated classes to this art, but for not, huge sound effects and dust clouds are my "this sort of words" method of choice.