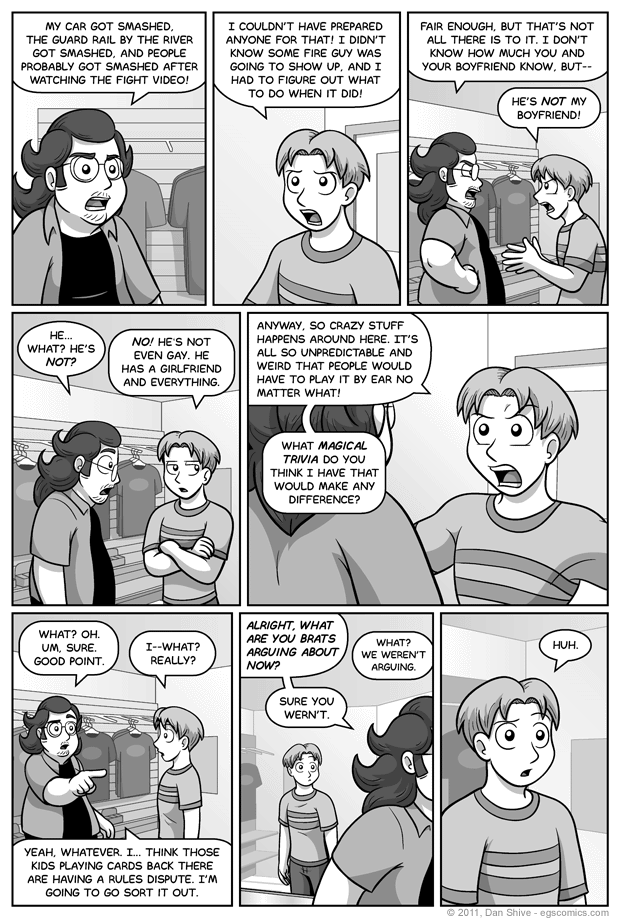 There's a cartoon by the name of Chowder that I'm only vaguely familiar with, but nonetheless think of quite frequently. The reason for this is a line from the show which, I assume, is often repeated: "I'm not your boyfriend!" Whenever someone says something similar to that, I can hear this weird purple cartoon animal shouting this in the back of my mind. It's funny what things stay with you.

George's declaration that "people probably got smashed" is essentially in reference to getting drunk. I'm aware that term is probably common knowledge for a lot of you, but this comic is supposedly read internationally and I don't know how widespread that slang is.

Then again, alcohol is everywhere, so the term is probably understood even outside of our solar system.

This doesn't really have anything to do with the comic, but writing the above reminded me of a time in school when we had a group project to make our own board game, and someone suggested incorporating something that would "shock" players. A girl in our group who wasn't fluent in English interpreted it as "surprising" the player, and I wound up having to mimic being electrically shocked to get her to understand what was actually being suggested. She thankfully agreed with me about it being a bad idea.