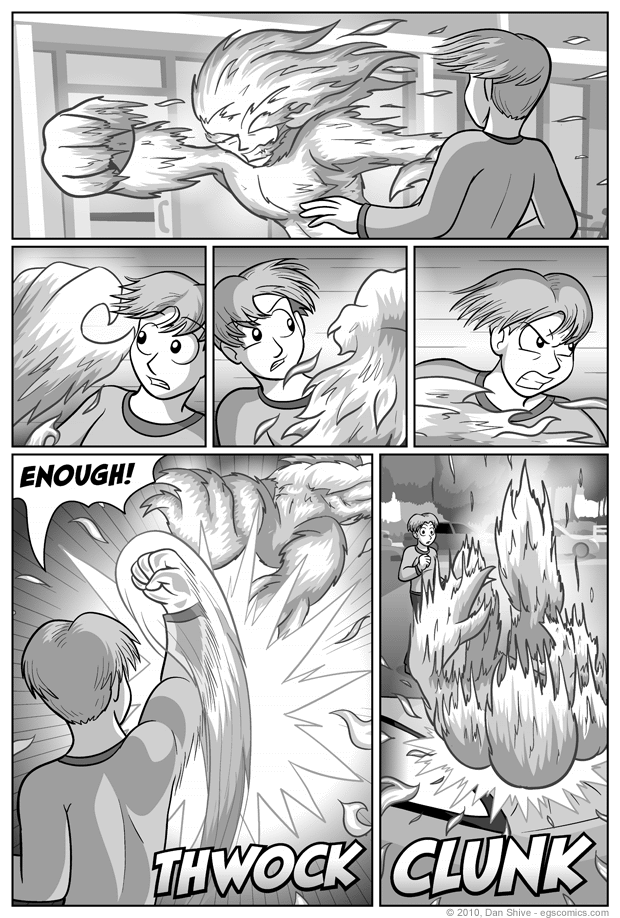 Posted September 27, 2010 at 1:00 am
Justin once stared down a grizzly bear with his eyes closed.

Justin once insulted Chuck Norris because he was looking for an easy fight.

I remembered to put cars on the street this time! In the last comic, I forgot them late and only realized it late enough in the game that I only managed to add part of a bumper, and it was barely recognizable as one. If you're confused by what I'm talking about, note that I DID remember to include one of the cars in the parking lot of the last comic.

Point is, at this time of day in Moperville, there should be plenty of traffic on that street, so it's weird if there aren't cars in at least one of the lanes. I'm going to claim it was a brief lull in traffic in the last comic at the moment of a changing of the lights or something ^^;