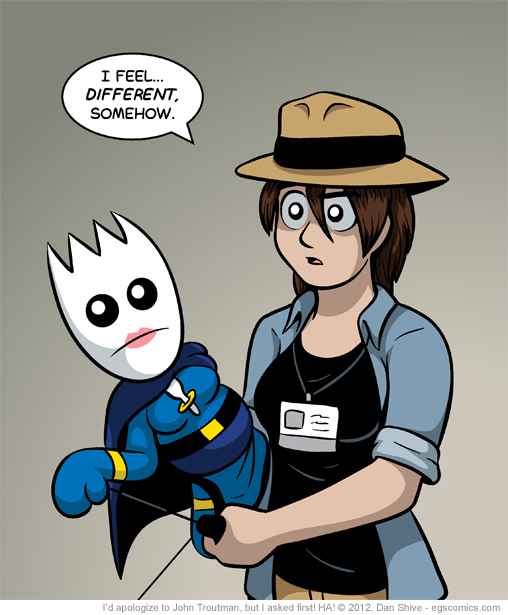 Posted April 4, 2012 at 1:00 am
Hey, it's John Troutman! You might remember him from such comics as Lit Brick, Mary Elizabeth's Sock, and Sporkman. Or his cameo in EGS:NP, his guest comic, or that time he was on Sixty Minutes.

Someone on Twitter suggested that since there was an EGS version of Troutman, EGS Troutman should logically get turned into a woman. I could not argue with that logic. I did ask Troutman ahead of time if this was acceptable, however, as I think it's polite to ask before turning someone into a woman.

It was, for the record, his idea to include the Sporkman puppet and make it female. It was also something I could not argue with.