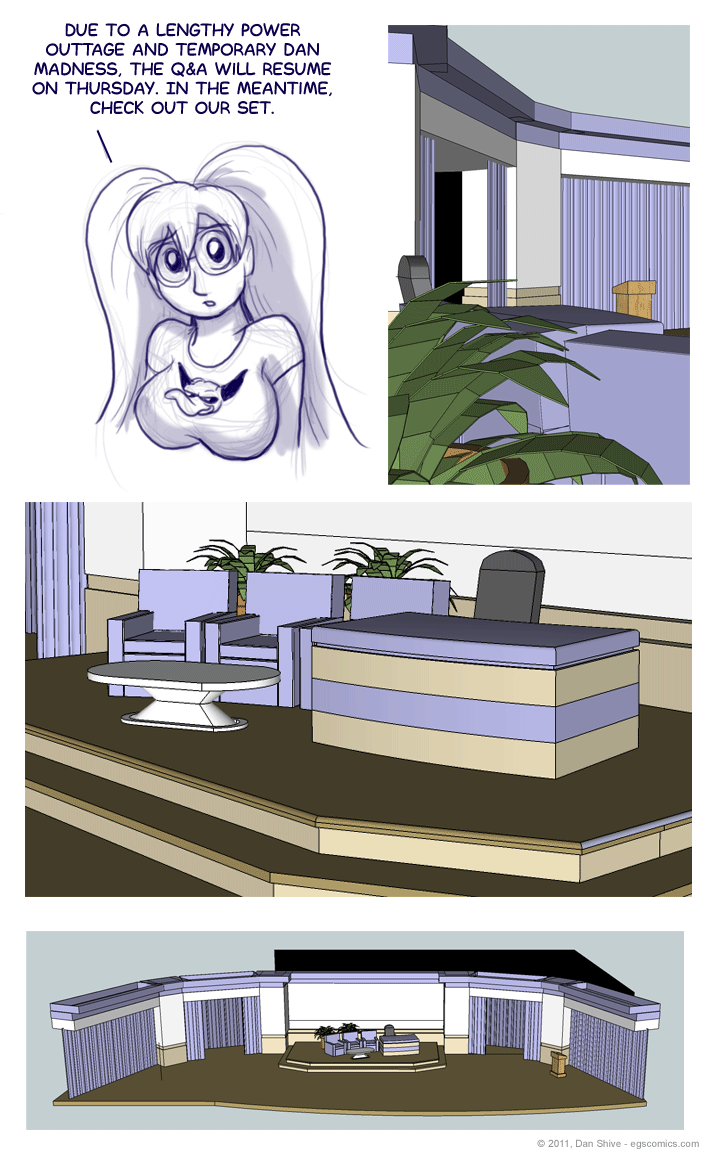 As I explained in a news post close to the time of this sketchbook, a short but surprisingly powerful storm resulted in a lengthy loss of power for me and a few hundred thousand other people on Monday. Electrical power was restored during the day on Tuesday, though I was still fairly out of it. I slept horribly without air conditioning and ran into some technical issues beyond the outage that I had to deal with, so... yeah. Sketchbook Wednesday! WHOO!

Of course, I don't want to make this out like some sort of tragedy. In the big scheme of things, I'm very lucky and this was ultimately a minor inconvenience. In the small scheme of things, however, it drove me slightly mad(der) for a bit.

I'm doing better now, though. Really! I am! *twitch*

Anyway, this is the 3D set I made for the Q&A. I made everything from scratch with the exception of Amanda's chair, which explains why the base of that table is so weird. I'm capable of making a table with a less strange, base, sure, but I didn't feel like repeatedly drawing table legs. This fear was evidently unfounded, however, as the table has only been barely visible in one panel so far.

The curtains were fairly easy to make, mostly because I only bothered making them look right from one side. If one were to go backstage... well, I don't know WHAT they'd look like, but it wouldn't be curtains.