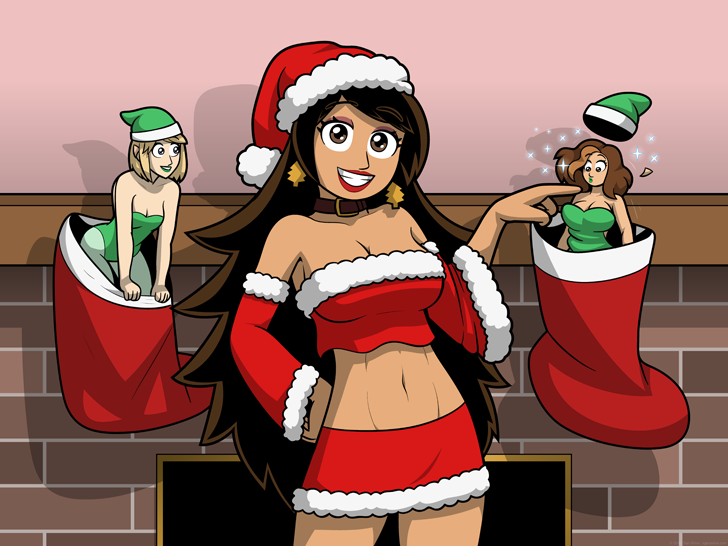 Shrinking one or both mid-shot was always the plan, but it took several attempts to get one they were satisfied with.

Friends and family not familiar with Rhoda's powers had several questions, the answer to which was always "photoshop".

I wanted to make Rhoda's hair like a cartoon Christmas tree, and I think I did all right. Only issue now is I'm going to be tempted to draw her hair like that in general now.