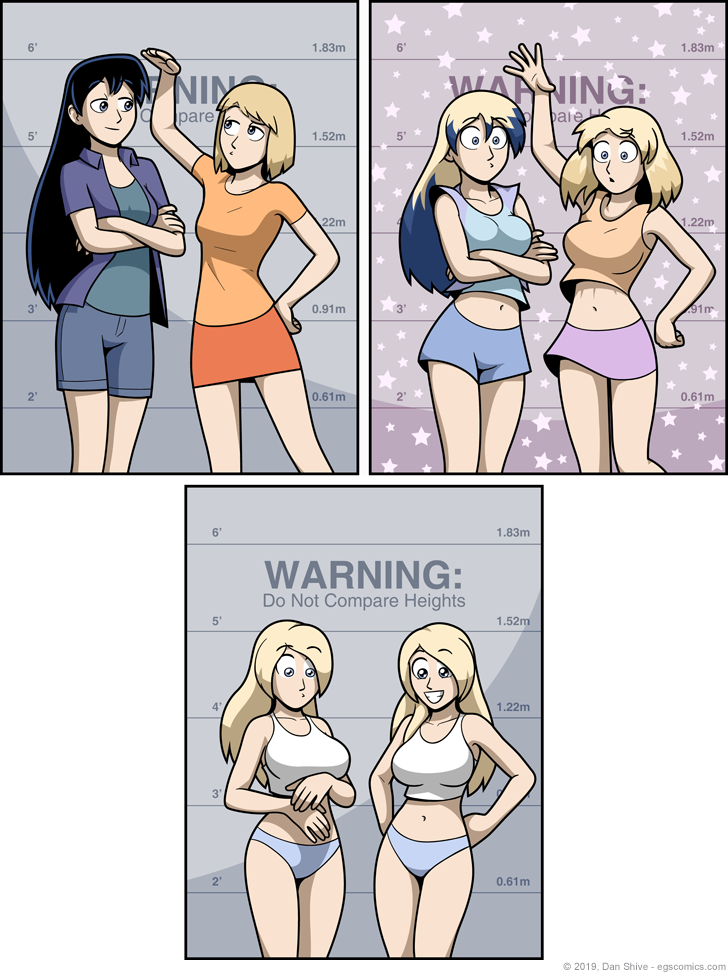 Not Exactly Evening Out on Patreon

BEFORE - Diane and Susan, standing around, looking all similar but different and junk with their various similarities and differences.

AFTER - Suddenly, and without explanation, Diane and Susan wind up with heights and figures similar to Mall Elliot, AND......their hair styles and colors change* to match, and they're in new matching, somewhat more revealing outfits.

"And yes, we know it makes no sense that doing so will result in loss of height and increase of curviness for both people involved. This is obviously a situation in which heights should be swapped, or at least made even. This wall was enchanted by an unknown third party, however, and Moperville Mall Management had no say in its functionality. If we may be candid, we would actually prefer to not have a cursed wall at all."

This was supposed to be just a before after, but I had two motives for making it three images.

The first was simply that I felt this particular bit of transformation nonsense needed a middle stage.

The second was that I was experimenting with EGSNP vertical heights, and the dimensions here are one I rejected for standard EGSNP due to "are you kidding me with this height" reasons. For three step transformation nonsense, however, I felt it had potential.

Sidenote: Now that I think of it, I guess the cursed wall IS "an explanation". Um... Well, HOW it got cursed, how exactly it works, and... THERE'S A LOT THAT'S NOT EXPLAINED IT COUNTS