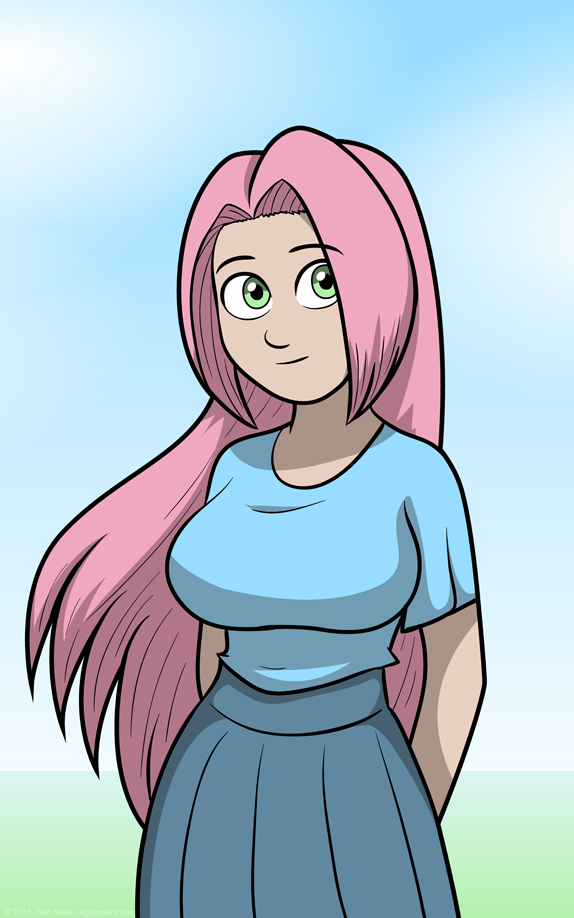 I initially focused on going with a color scheme for this form's clothing that would go with the pink hair and make sort of a triadic color scheme between Elliot's hair, the sky, and Elliot's clothing. The result would be light yellow clothes, which looked fine, but there were two problems with it:

1 - This is Elliot we're talking about. Elliot defaults to blue or black colors for clothing. Elliot doesn't even know what a triadic color scheme is, and blue is more in character for Elliot.

2 - With yellow clothing, Elliot suddenly became a humanized Fluttershy from My Little Pony: Friendship is Magic. Which, let's face it, isn't that hard to do. Draw a woman with long light pink hair and light yellow clothing, and BAM. Human Fluttershy. Alternatively, draw a tree.