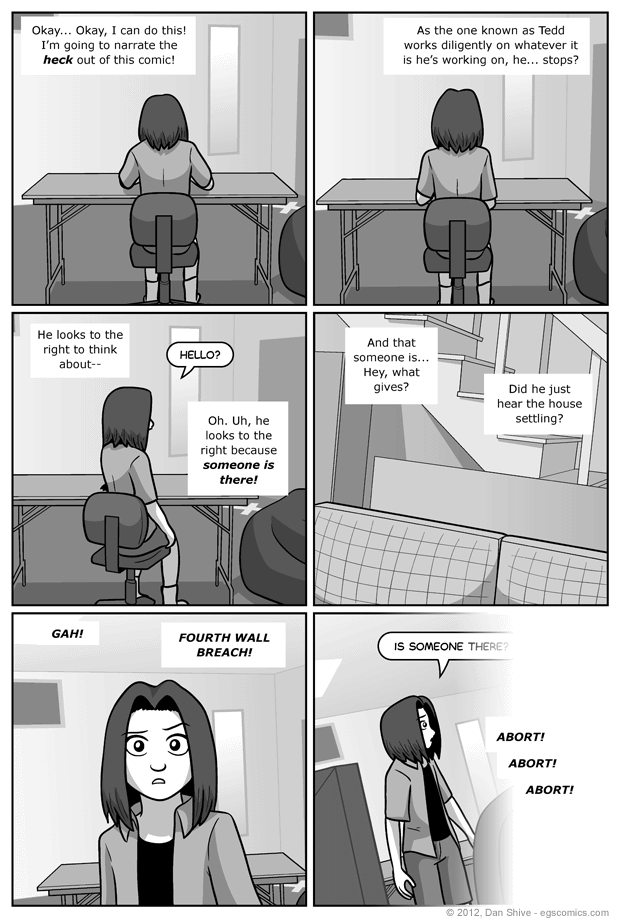 For those unfamiliar with the term, the "Fourth Wall" refers to the imaginary barrier between a work of fiction and its audience. When a character refers directly to the audience or looks right into the camera, they're breaking the fourth wall.

A potential exception is when something is intentionally being shown from a first person perspective. I believe that is a genuine exception, because otherwise, every first person video game is breaking the fourth wall. Then again, they do that anyway with their menus and stuff. Stupid, immersion breaking interfaces. They should just have the character teleport away to a special location when you pause the game, and have a bunch of rooms with your stuff, and a butler who is expertly voiced by a famous British comedian.

Nah, never mind. That would be awful.