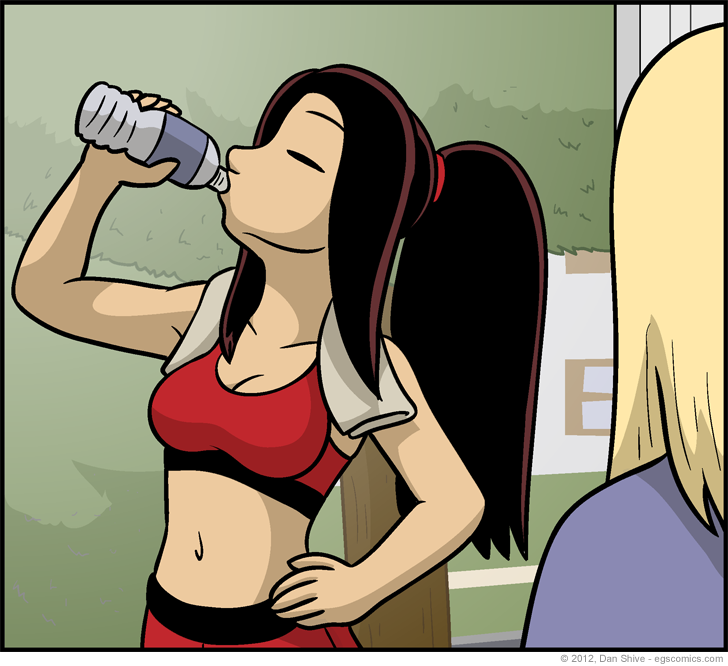 I have several reasons for not coloring the comic normally, but hey, the occasional panel re-imagined in color via sketchbook seems like a nifty thing to do.

As for why Nanase showed up at Tedd's house dressed like that, it isn't too terribly difficult to figure out (Occam's razor, yo), but all will be revealed in June 8th's comic! Which is the future for some, the past for others, and the present for others still.

Of course, if you want to get philosophical about time and such, it may be all three for all of us at every moment.