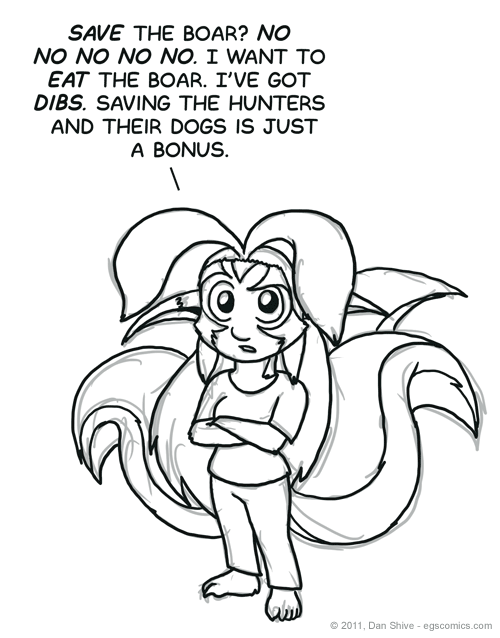 Posted December 28, 2011 at 1:00 am
We're on the verge of hearing Grace's explanation for wanting to save the boar, and odds are pretty good she won't actually say this.

If it wasn't such a horrible thing to do with her character, however, I do think it would be hilarious if Grace really wanted to eat the boar for no adequately explained reason. I think it would work with Grace either attempting to resist the urge or fully embracing it, but only from a silly perspective. From a "I'm trying to tell an actual story about Grace and Raven as characters" perspective, it's a positively horrible idea.