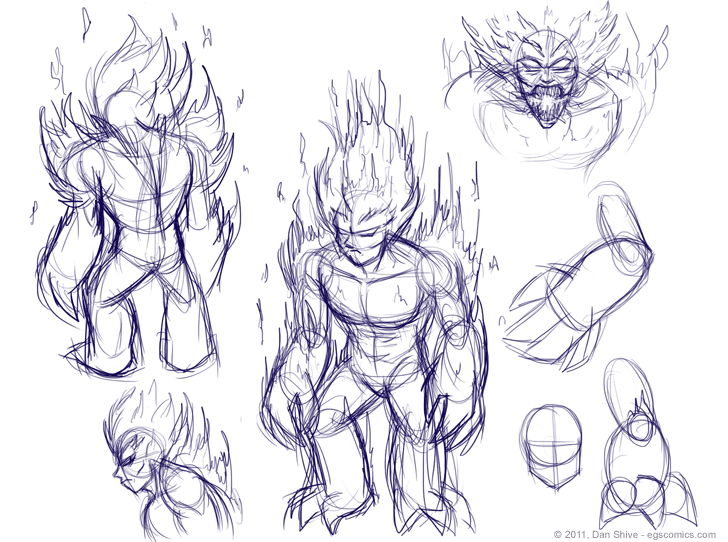 Posted January 27, 2011 at 1:00 am
Fire man, fire man
Does whatever a fire can
Can he burn stuff to a crisp
Strangely enough, no he can't

...Okay, that doesn't exactly match ye olde Spiderman theme and it's made kinda weird by the existence of genuine firemen, but you can see what I was going for. Sort of. Maybe. Whatever.

I recently declared via the Twitters that the only thing keeping me from potentially being a natural horror writer is that I would bum myself out. I also noted that I specified "writer" because I wouldn't be able to pull off drawing horror, but looking at that face in the upper-right, the word "eep" comes to mind. It's well documented that "eep" and horror are closely related, so maybe I actually could pull off drawing a horror comic.

It's still not likely to happen, though. It's probably best not to encourage the part of my brain that naturally thinks up horror concepts and imagery. I try to keep it distracted with bunny pic--oh no. I remember now. That's why I drew the bunnies. I--I was trying to keep THAT out of my head... Oh no... OH NO!