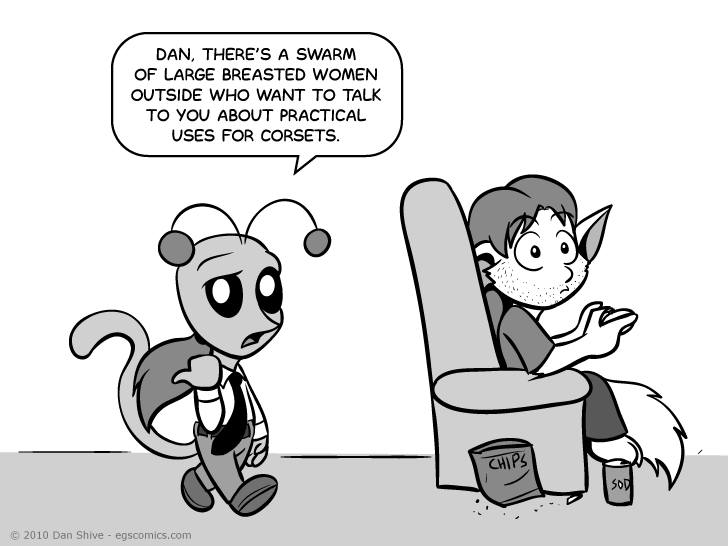 Posted December 21, 2010 at 1:00 am
The most recent story comic and its commentary resulted in a deluge of e-mails!

Basically, the e-mails were about corsets and/or high heels, which are perfectly natural things for a man to receive e-mails about. The jury seems to still be out on high heels, but apparently, even early corsets were a technology that was only as evil as how they were used, and there was a particular variety that was dangerous by design as opposed to dangerous by misuse.

Anyway, the reason this comic specifically states "large breasted" is because the intended purpose for corsets was support, and based on what I've been told, support given from below (i.e. via corset) is actually better than support from above (i.e. via a bra). In short, large breasted women would naturally have the biggest bone to pick with me regarding corsets.

That said, it was NOT intended as a comment regarding the people who e-mailed me. This is where I'd make some sort of joke based on the possible confusion, but this whole thing is awkward enough as it is.

As such, I will instead ask this question: how the hell does an anthropomorphic squirrel get face stubble?