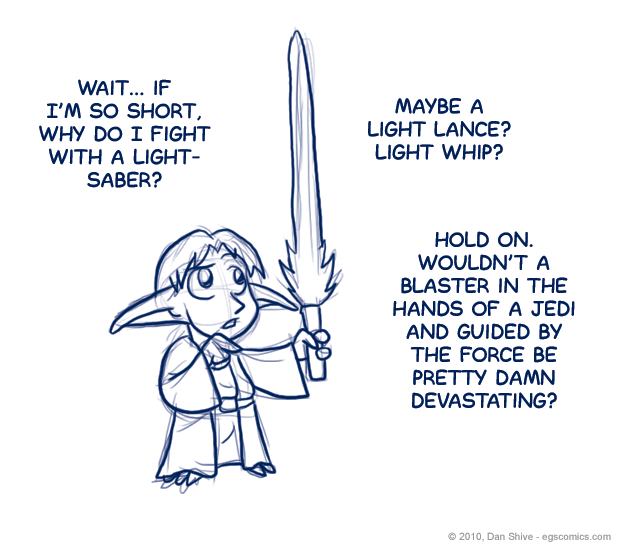 So yeah, apologies to non-Star Wars fans (and I suppose to fans, too), but it's nerd-rant time.

I'm far from the first to point out the fact that it's a bit odd that someone as small Yoda would use a lightsaber when fighting against force capable foes with their own lightsabers who are also several times his own size.

I'm also probably far from the first person to point out that thing about Jedis and blasters, but I'd never heard it before. In fact, it just occurred to me while stumbling for dialogue to end this sketchbook entry on. I'm aware that Darth Vader was a badass who could stop laser blasts just by putting his hand up, but against an average opponent, it seems like a long-range blaster combined with the guidance of the force would turn any given Jedi into a super pinpoint marksman capable of killing or incapacitating from a distance with very little odds of missing.

Not only that, but they have blasters that can, ya know, STUN. A Jedi should at least have one of those handy if they are indeed keepers of the peace.