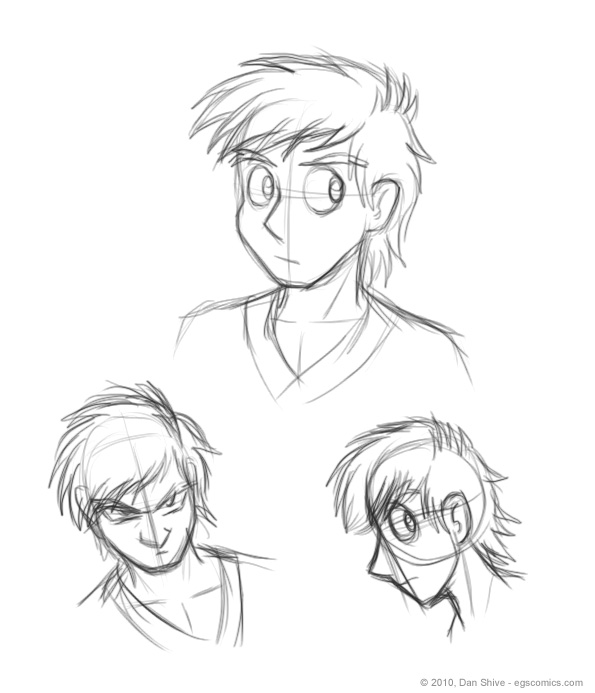 Not much I can say, really. Pretty much anything I would say would be a spoiler either by virtue of confirming that Eric will matter later or by confirming he won't matter later. For now, at the very least, I needed to design a student who would yell at Greg, and Eric's the result.

In the comic he appeared in, Eric wore what was obviously not a black belt. If I remember my own canon correctly, mastering at least one unique anime-esque technique is required to earn a black belt. In Elliot's case, it was no doubt the Tamashii Dekido. In Nanase's case, it was likely the "which Nanase is real" multi-color technique.

Looking back at those old comics, I have reached the following conclusion: They were very, VERY cheesy. I'd be proud if more of the cheesiness had been on purpose.