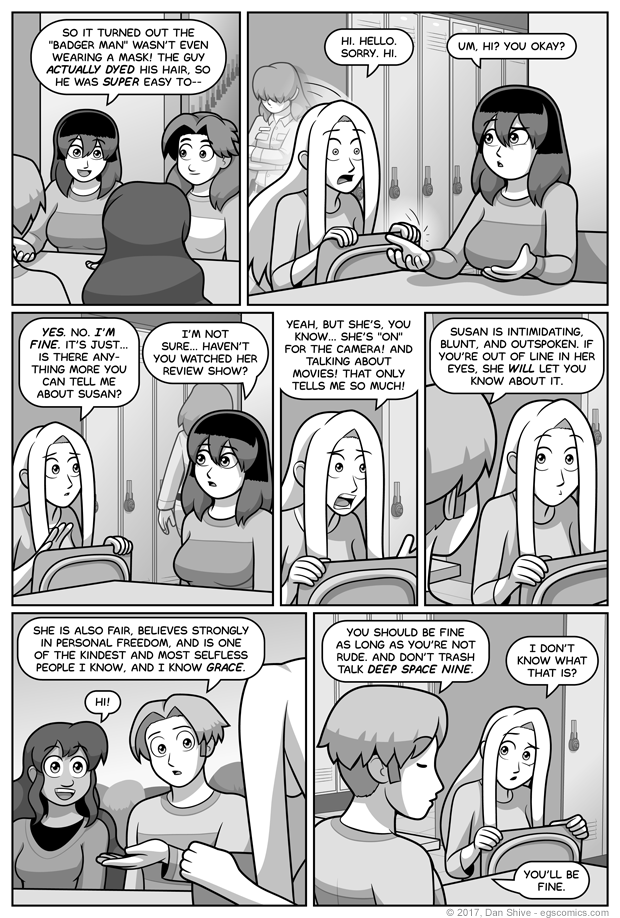 Worth noting is that Diane has been seeing a lot of Nanase and Ellen out of school recently (relatively speaking), but she barely knows Grace and Justin. Justin having the inside scoop on Susan is not something she was expecting.

Also worth noting: Justin doesn't have the highest opinion of Diane, and not without reason.

Deep Space Nine is the edgy Star Trek series that took place on a space station and had a multi-season war as part of the main plot. It's one of my favorite shows of all time, though I must admit I have not watched the first three seasons in full yet (though I plot to eventually). In my opinion, the show really found its stride in season four, which is when Worf got to show up and do stuff without being overshadowed by Picard all the time like on The Next Generation.

Seriously, I remember having some of the best "Worf" episodes on a while back, and I was struck by how much he seemed secondary to whatever Picard was doing, even when what Picard was doing had to do with Worf. Heck, Data seemed to get more love than Worf during the Klingon civil war episodes. Poor guy had all these plots having to do with him, but not really focused on him, and...