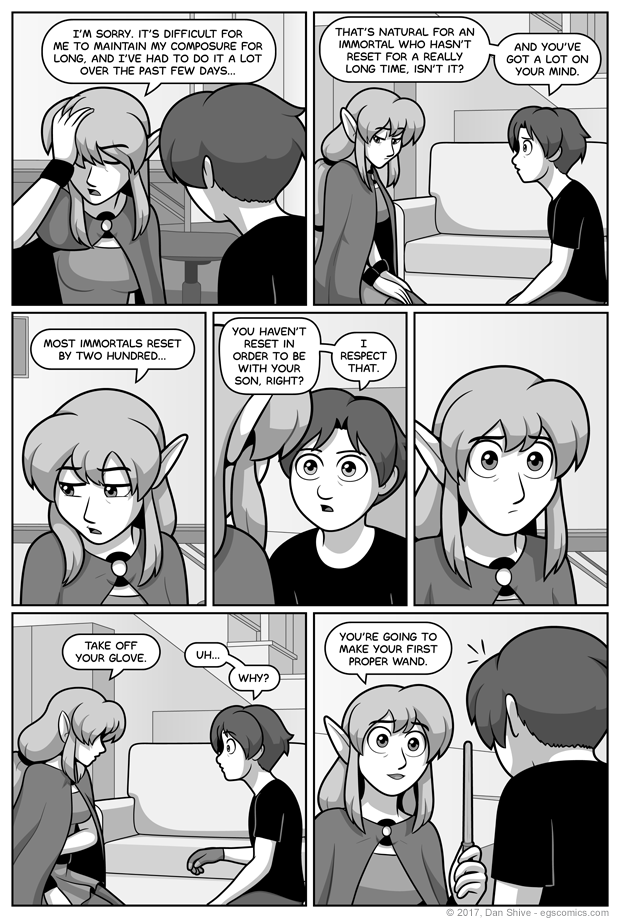 - The 200 years rule of thumb for resetting

It's possible Tedd is somewhat biased in his assessment of whether Pandora has the right idea about not resetting to be with Adrian.

Worth noting is that, while Tedd was undoubtedly told by Sarah about Pandora's age, Tedd had to deduce for himself why Pandora hasn't reset.

Granted, it wasn't exactly rocket science, but in the course of editing and such, I very nearly left off Tedd adding "right?" after giving the reason in panel four, making it sound much too much like he knew for certain and had been told by someone. It doesn't take much of a missing detail to make everything explode, does it?

Speaking of which, I think I've forgotten Tedd's glove at least once per each comic it's been in. I managed to include it before posting the comic this time, at least, but only because I edited it in after finishing the rest of the comic. This would sting my pride less if it wasn't for me forgetting to include it in a panel it's in which it's mentioned. Thank goodness he's been told to take it off.