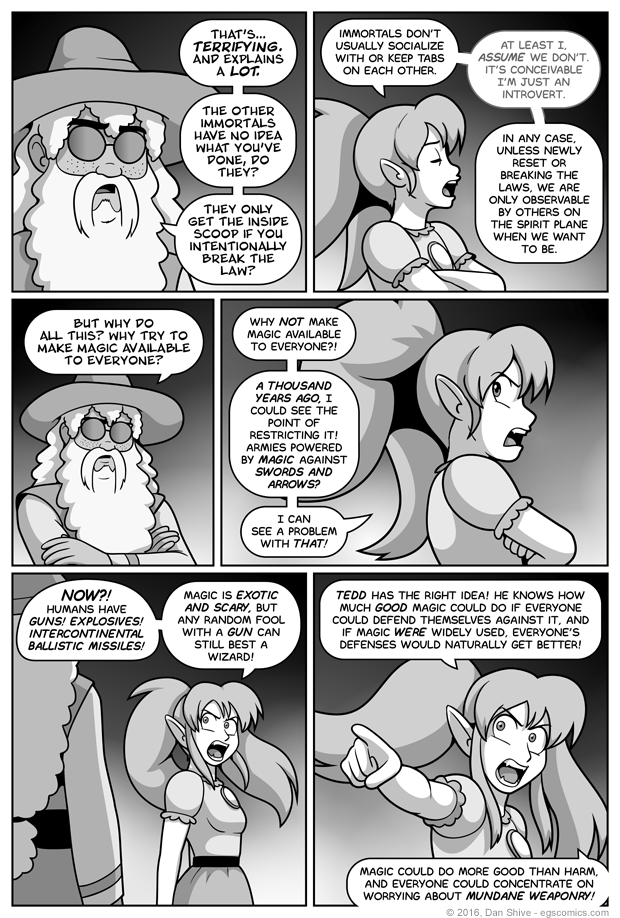 Good news, Tedd! Pandora's got your back! That's... That's a good sign, right?

I didn't realize it until later, but I presented something in the previous comic in a way that was open to misinterpretation. Pandora said "all the other immortals just automatically know, etc", and intended it to be in place of "declaring war" in response to the laws being broken.

In short, immortals don't keep constant tabs on each other, but are automatically made aware of certain details if any one of them breaks their laws, and only about that one law breaking immortal.

Another way to interpret it, however, was that immortals had a constant awareness of what other immortals are up to, which would introduce all sorts of plot holes if suddenly presented as canon. As today's comic confirms, it's only when an immortal breaks immortal law. The rest of the time, a whole bunch of them could be in the same room and completely unaware of each other.