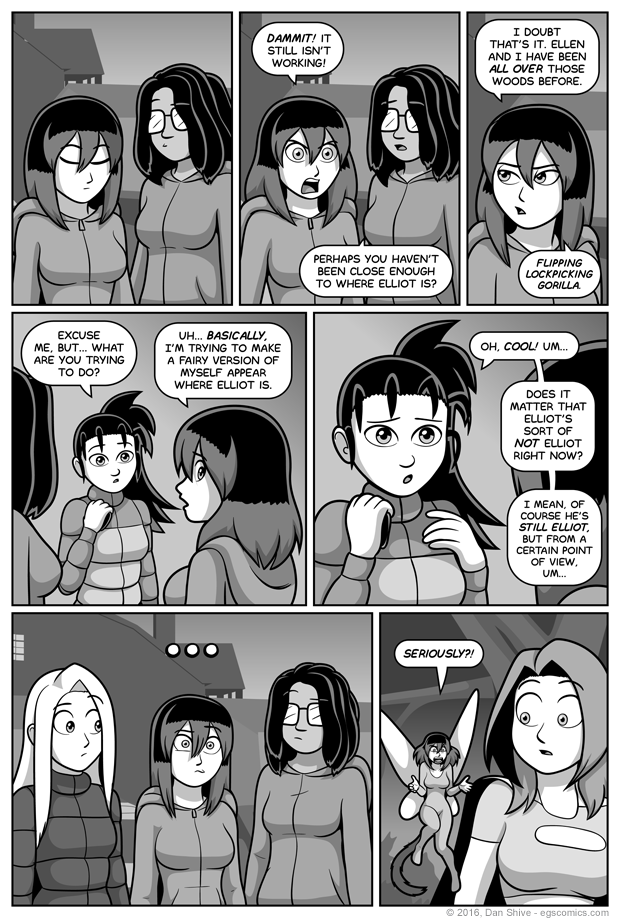 I'm sure some readers must have predicted this explanation, and it makes sense when you consider that the Cheerleadra spell goes so far as to come with secret identity forms. I doubt Clark Kent's cell phone forwards calls to Superman's... cell... phone? That Superman has? While Superman?

You know what I mean.