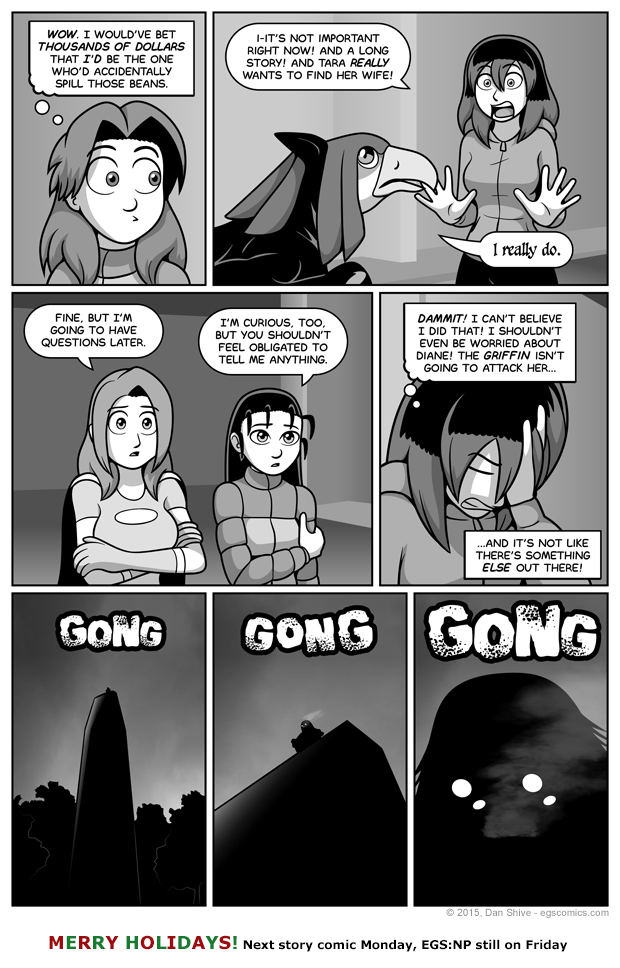 The bell tolls... For CLIFFHANGERS. Or something. There's probably a more clever thing to be said here involving bells and tolls.

I like that, even with Ellen being the one more conflicted about meddling, she assumed she was more likely than Nanase to blow keeping this a secret.

Some readers were a bit confused by Ashley's reaction to the whole "Susan's sister" thing, which is understandable. Susan and Ashley aren't exactly close friends. It's worth noting, however, that Ashley goes to school with Susan, has a somewhat one-sided familiarity with Susan due to the review show, and also thinks Susan is super cool.