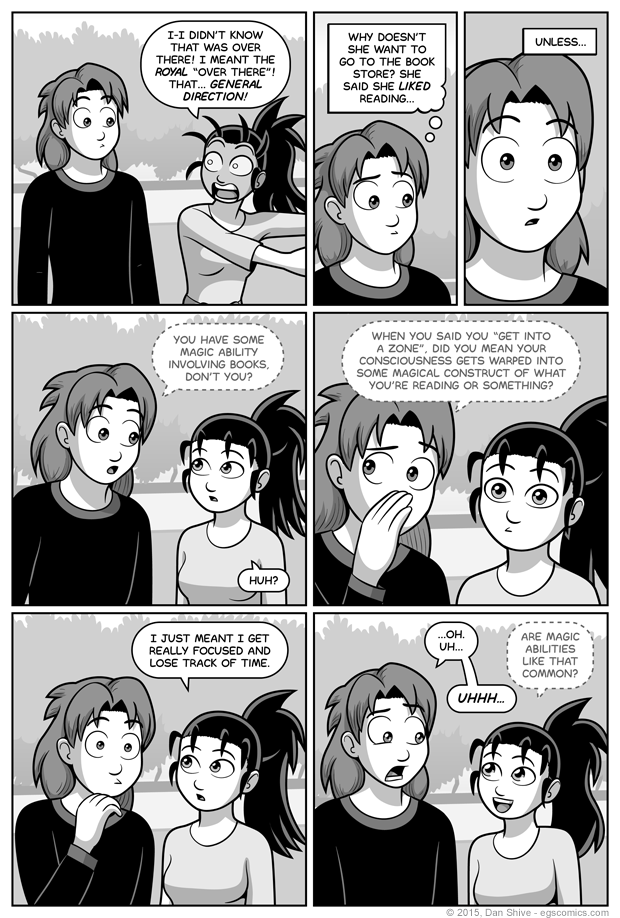 - Ashley knows Elliot must know SOMETHING about magic

A simulation taking place within someone's head? As though I would put anything of the sort within my comic! HARUMPH!

And somewhere, somehow, Tedd is grumbling to himself about the hazards of conclusion jumping, and he knows not why.

Several readers speculated that Ashley had some sort of magic ability having to do with books, and every time I saw such speculation I smiled with glee because I knew this was coming. It's a good thing I only read such speculation. If I actually heard it from someone face to face, I think my face would have been less poker and more Cheshire Cat. Even after I left, the smile would still be there.