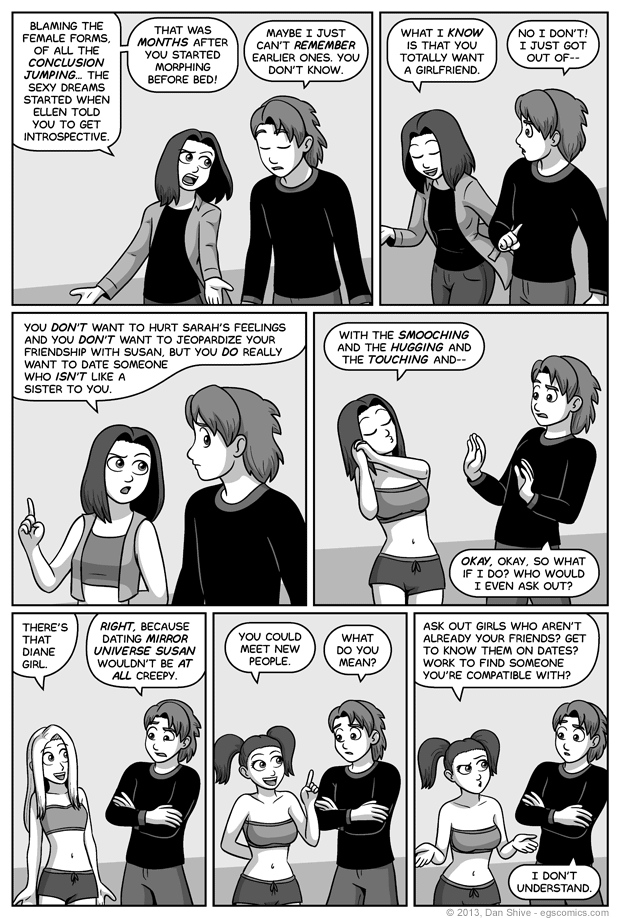 Now, I'm not 100% sure about this, but I'm thinking that maybe, JUST MAYBE, Elliot's dreaming again. If so, then it's probably worth noting that Elliot's technically the only person actually in this comic and is basically conversing with himself, but let's not jump to conclusions, as Tedd / dream Elliot might say. It's entirely possible that I've lost my mind and decided that characters will just transform for no reason whatsoever  without anyone noticing.

Actually, regardless of whether it's a dream, let's just say I've lost my mind and characters might just transform for no reason whatsoever without anyone noticing. That sounds like fun.