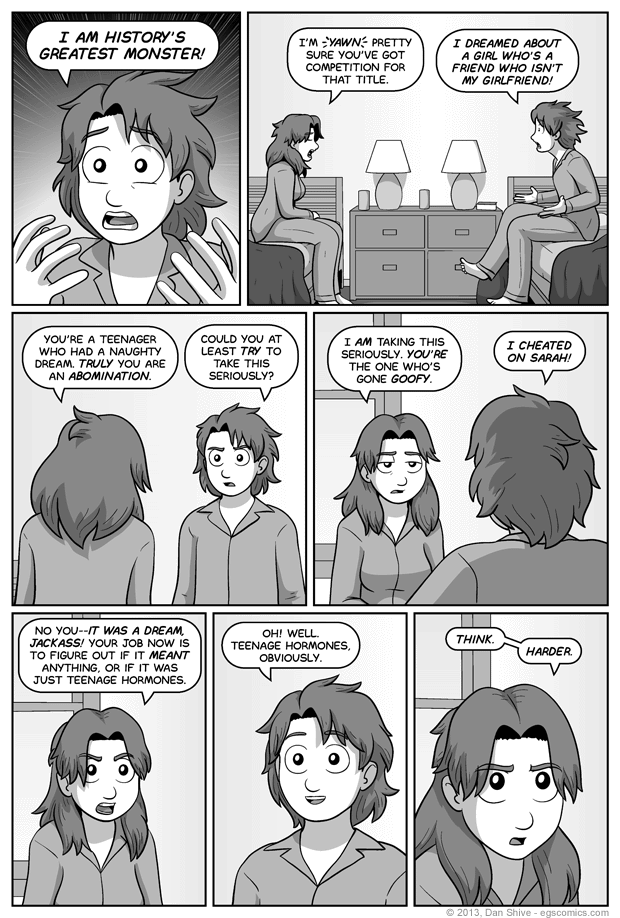 Posted March 11, 2013 at 1:00 am
- A bit of historical perspective on Elliot not handling this sort of thing well (Elliot trying to decide on a female form to morph into in front of a mirror)

I don't care if every single person who reads this comic hates this update, because it's one of my favorites in recent memory.

Actually, I guess I would care some. A lot, really. I mean, everyone but me? I... I'm not sure if I could take that. And I've tempted the universe with that result by bringing it up in the commentary! WHY DID I CHALLENGE THE CRUEL HAND OF FATE?!