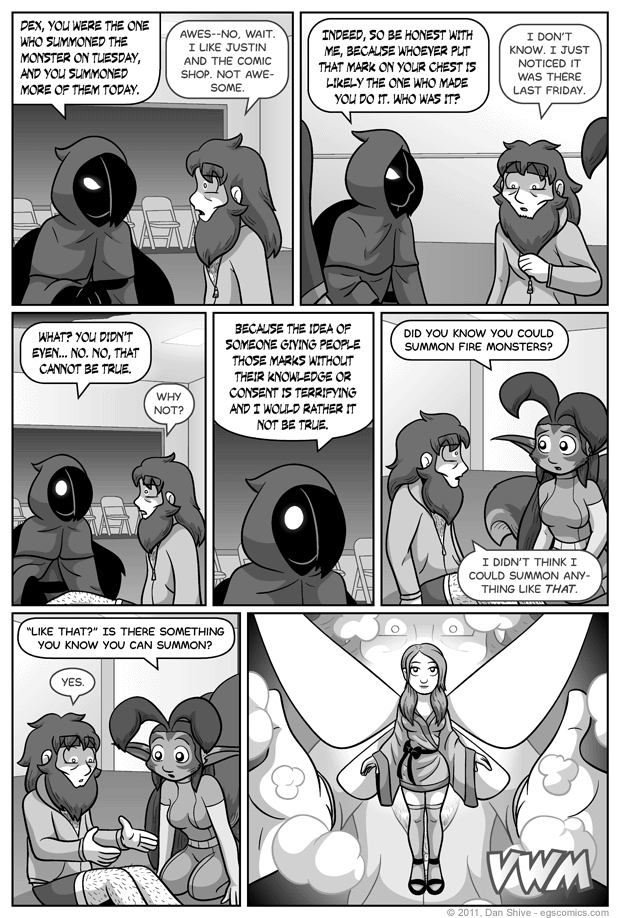 Okay, so once again, had this comic been posted one day later, it would have counted as a sort of one year anniversary of something. Darn it, I should've done more rewriting and pushed it back another day!

After a crazy busy weekend, I found myself with a script that needed rewriting and no energy to do it (hence yesterday's sketchbook). The original script revealed all of the same information as this one, but had a higher level of horribleness for several reasons, the most grievous of which being the mischaracterization of Dex.

I don't want to ramble on about it the differences, but in the original script, Dex got slightly impatient and demanded to know what was going on. This would have been blasphemy.

I didn't want this fairy to too closely resemble fairy doll Nanase or simply look like a generic fairy, which is one of the reasons for the fancy-shmancy robe she's got going. She might wind up having a human doppelganger at some point if for no other reason than I like her design, though the doppelganger would probably wear something else.