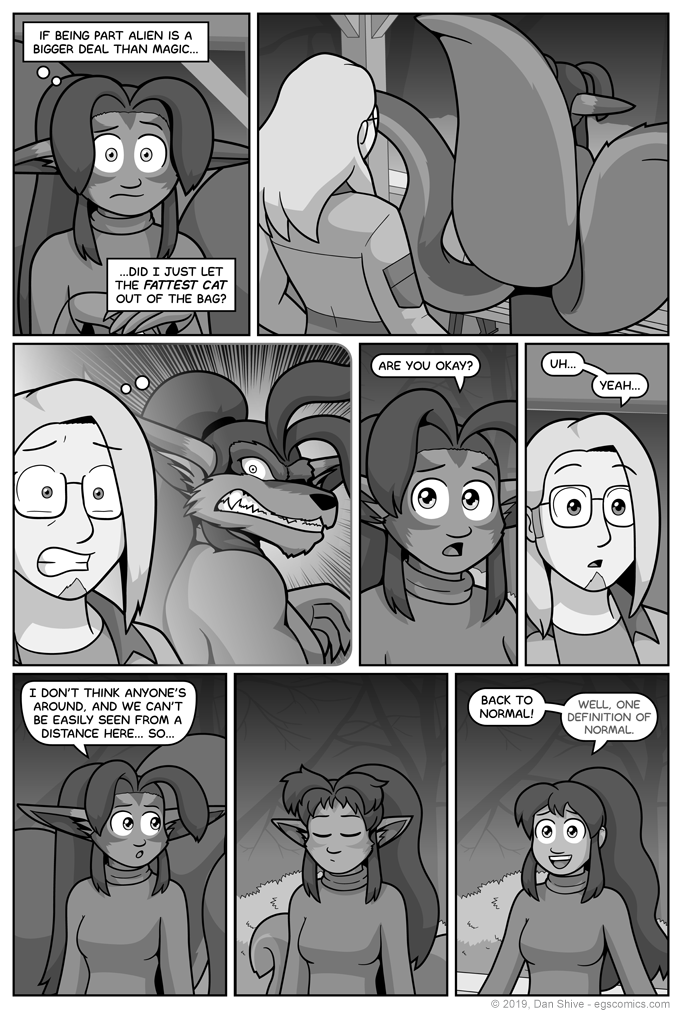 Panel three is sort of cheating given that I'm trying to only have one narrator in a storyline like this, which technically means we shouldn't be seeing Sam's thoughts. That said, I liked the idea of him imagining Grace's face in this form as something monstrous given his obscured view, and felt it was worth it.

Granted, he should have known her arms didn't get that beefy, but I also wanted to draw a beefy arm, and felt it was worth it.

I also wanted to draw the bottom three panels, because we didn't get to see the transformation the first time on account of my prioritizing focus on Smoke. Now we can see that Grace's "omega" form is a little taller than normal, so I felt it was...

Look, I just felt a lot of things on this page were "worth it", okay?