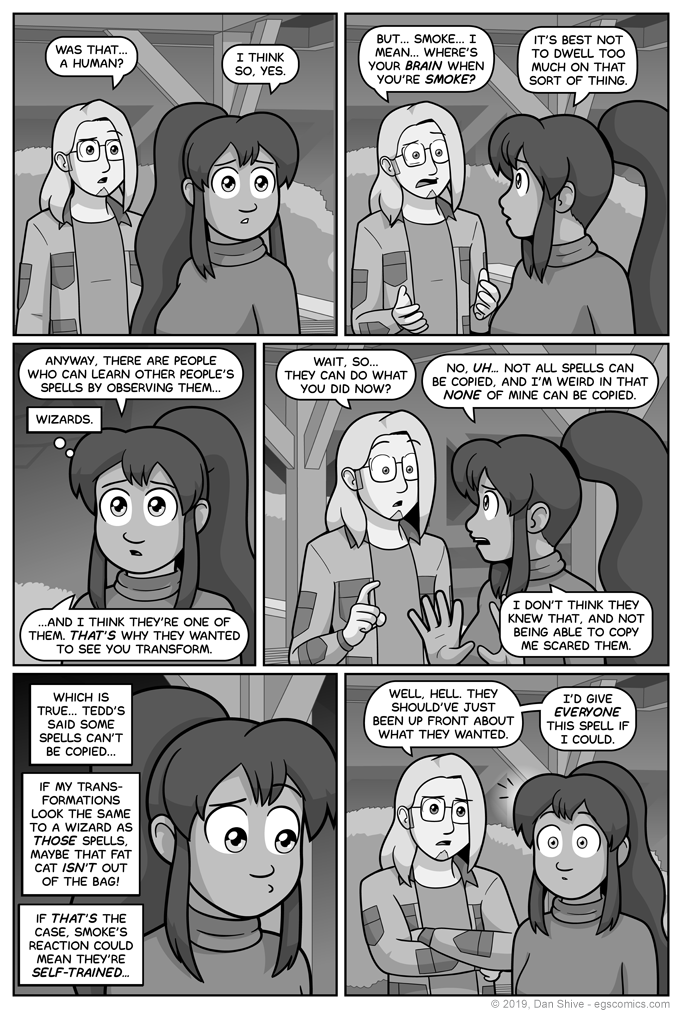 But seriously, where is their brain???

The point about wizards not being able to copy ALL spells is something I've wanted to bring up for a while, though it's something one could have guessed on their own given that some spells, like Sarah's virtual time stop, are desirable, but presumably haven't been replicated via wands for all magic agents to use.

Well, that, and simply from a writing perspective it's cool to have some spells be limited in who can use them, which is especially true now that Tedd's realized she's a wand maker.

Granted, the specifics of all this are something that will have to be elaborated on eventually, but this is enough for now.