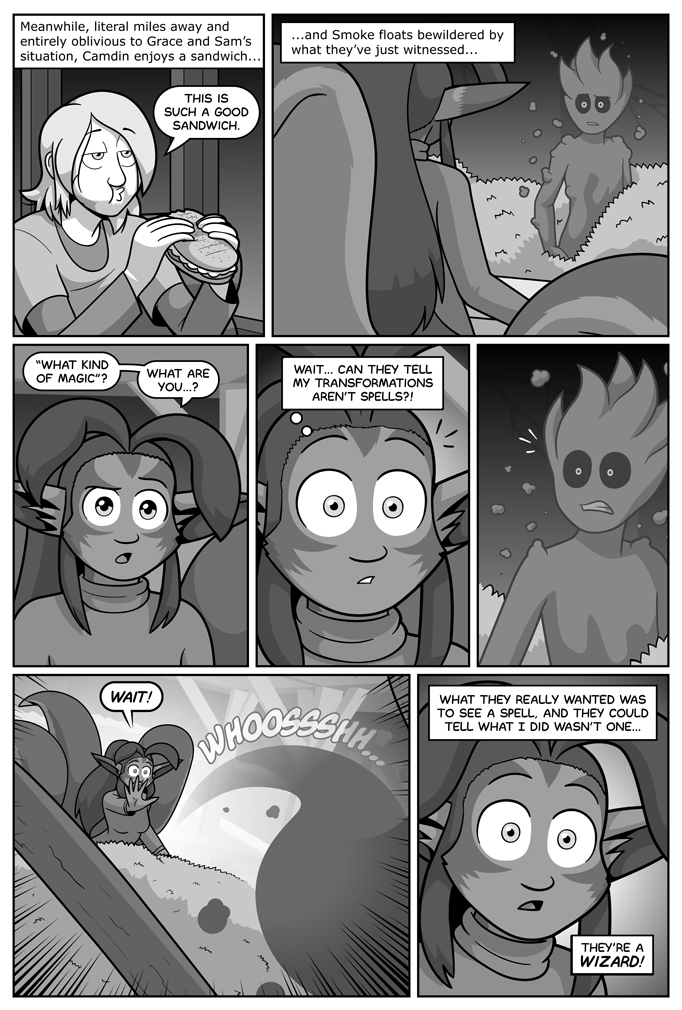 I'm not sure what Grace would have said if Smoke stayed. I'm comfortable admitting this, because I don't think Grace knows, either. It would have very much been a "I didn't plan this far ahead" situation.

Wizards are able to learn and use other people's spells (as Arthur told Ashley), and are relatively rare. More specifics on them will be given eventually.

Something I enjoy about Camdin in this storyline is that he functions simultaneously as a misdirect and a clue as to the nature of "Smoke". If one realized this wasn't Camdin, but had Camdin's spell, "wizard" was one of the possible answers.

As for not being Camdin, there were a few clues. Beyond just generally failing at being sneaky, which was supposedly Camdin's plan, Smoke's body language is not nearly as exaggerated as Camdin's.

The body language could have been explained away by the smoke form, however, and the plan by Camdin being incompetent. The actual definitive clue was this: 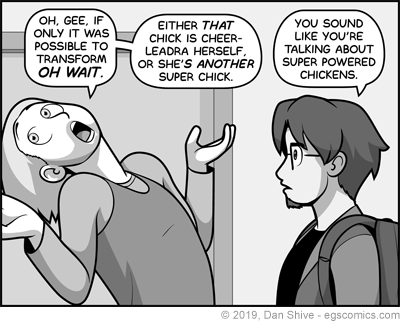 Camdin exclusively referred to women as "chicks". Smoke, however, referred to Grace as a "strong girl" and a "rude girl". I don't know if anybody picked up on that, but I did try to draw extra attention to this verbal trait of Camdin's by way of super powered chickens.