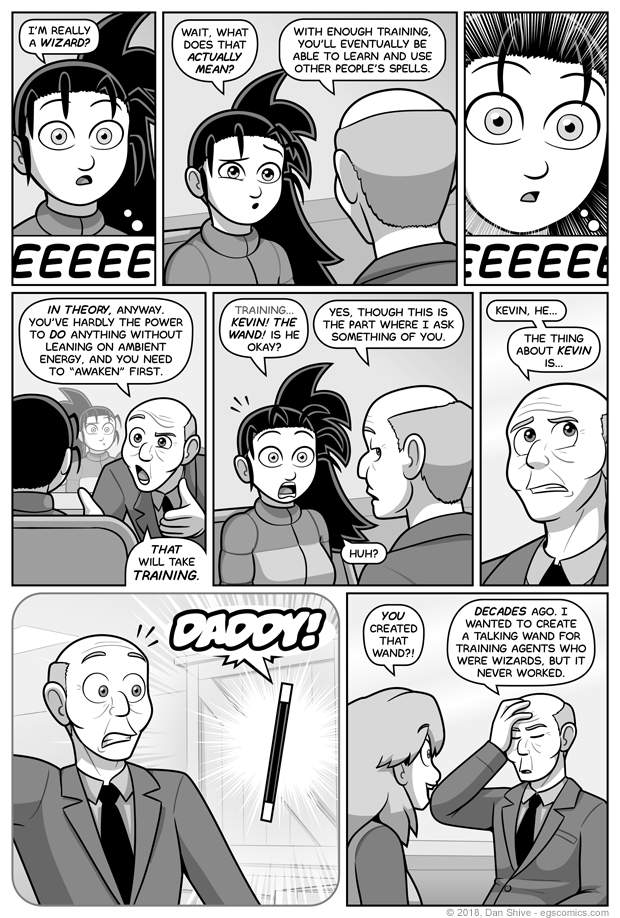 Ashley just genuinely forgot about Kevin momentarily in everything that's been happening, but I look forward to her only remembering Kevin when being informed why he could be useful to her being used in "Ashley is evil" theories.
(Seriously, she's not evil)
Arthur the daddy
There are several reasons why I chose Arthur as the creator of the wand.
A big one is the simple fact that I wanted Kevin to have been created decades ago, and for us to be able to know his creator. Arthur's old enough for that to be the case, and it's fun for him to be the one responsible for Kevin.
Another is that the entire purpose of Kevin is to train agent wizards. Who might want to create something like that, and who is also a seer with a natural affinity for wand creation? THAT GUY!
The absolute most meta reason, however, is that there's pretty much no way Arthur would allow things to go the way they're about to go for Kevin if he wasn't somehow personally connected to Kevin.
- EGS:NP