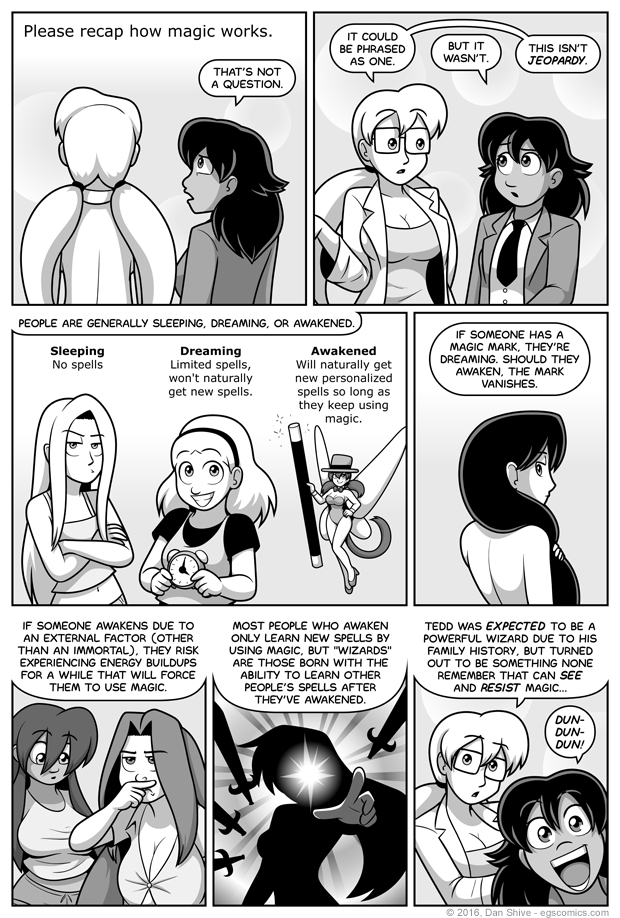 This comic was particularly difficult to make. Not because of anything within the comic itself, but because I will occasionally experience back pain for one or more days that will be anywhere from unpleasant to "I can barely move", and I was somewhere between those two points the day I was supposed to finish this comic. Now I'm just at "unpleasant", which I can deal with, and should hopefully improve.

As for the comic itself, it is effectively just a recap, but one that was understandably asked for. There's a lot to keep track of in this comic, and this summary is a lot more efficient and to the point than the original provided by Mr. Verres, and covers some other more scattered information.

That, and it gave me an excuse to draw Fairy Nanase in whatever the heck one would call that outfit, and that's a good thing.

As for what the heck Tedd's magic nature is all about, there is an explanation, and it will be possible to guess what it is before the inevitable reveal about it. Probably not enough to go on yet, but hey, speculators have surprised me before.