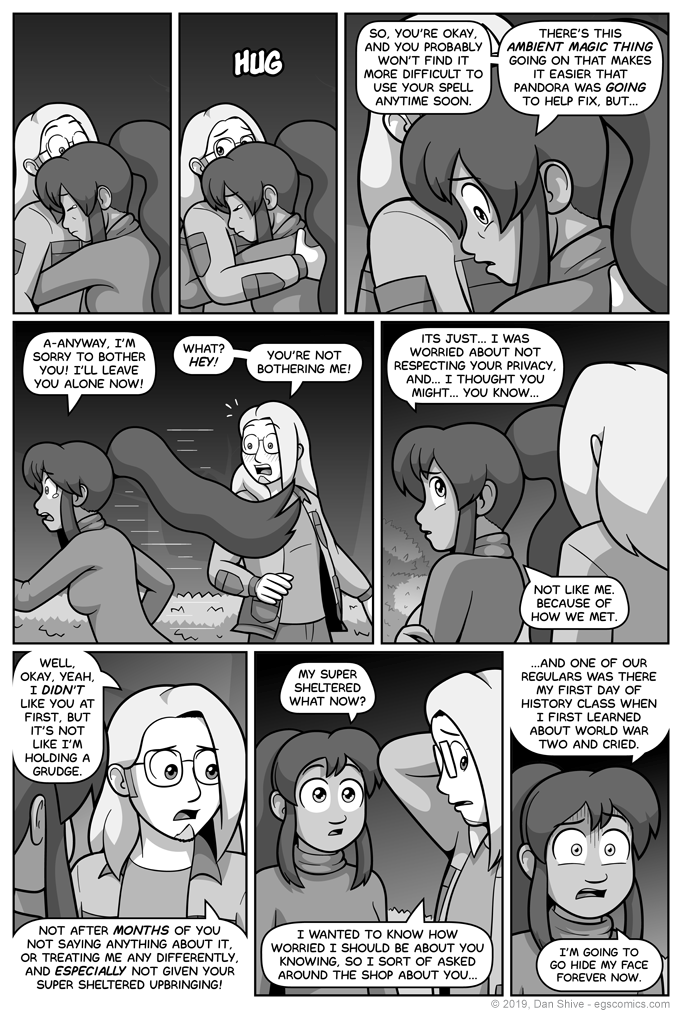 - Grace learns that World War 2 was a thing that happened

That last panel is basically just the face I make if thinking about anything that happened to me in high school.

Panel two, meanwhile, is confirmation that the ambient magic energy buildup remains an issue. I've seen a number of assumptions that Raven must've taken care of it by now, but he still needed Pandora to tell him what to do and where to do it. This will be addressed again later, but I wanted to get this confirmation out there, and it was relevant given the note to Sam.

I just know someone somewhere is going to triumphantly declare "ah-HA! SAM didn't respect HER privacy!"

To which I say to that hypothetical person who might not even exist: "Nearly anyone ever in Sam's position would have asked around a bit about Grace."

I mean, sure, if he hired a private detective or something, maybe, but he just asked around a bit about the new person working at the comic shop. So THERE, hypothetical person who may or may not exist or read this!