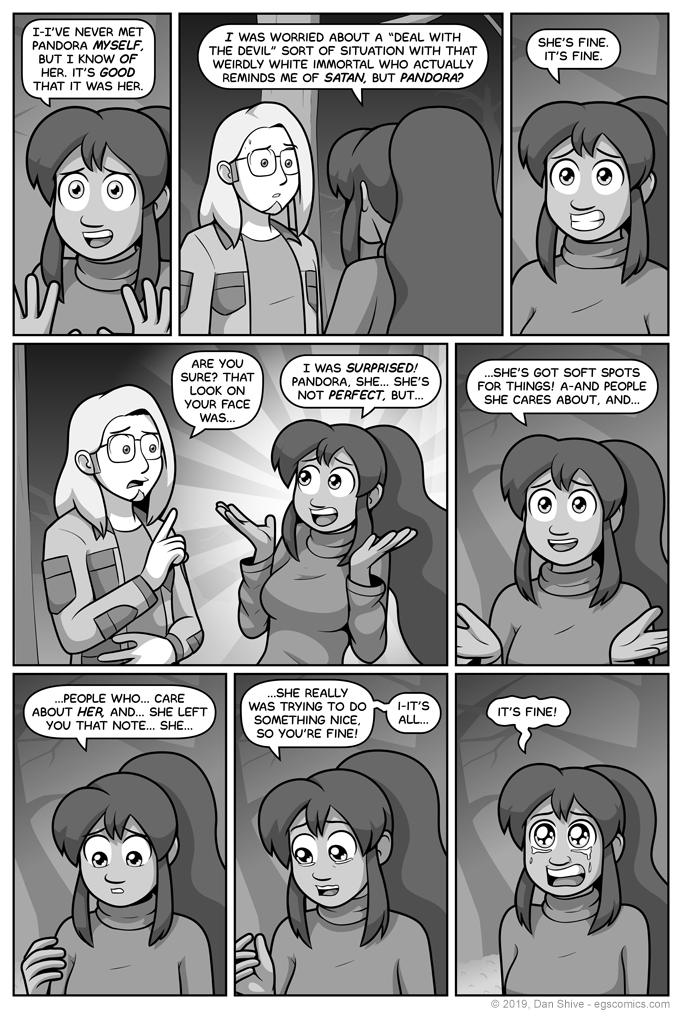 Right around the time I finished up last Friday's EGSNP, I got hit with some serious back pain. That alone might have been enough to delay comic production, but then something else happened:

Grace. Sam, too, but mostly Grace.

For Sam's part, as extensive as my planning for this storyline was, I hadn't considered his reaction to Grace's stunned face followed by however many seconds (hopefully just seconds) of internal monologue. After that, he'd naturally need assurances beyond "don't worry, she's good" to accept that Pandora giving him the mark was good news. Who the heck wouldn't?

To which I thought "well, that's fine. I'll just have Grace say some reassuring things about Pandora."

And then I gradually realized that everything Grace would naturally choose to say to Sam to talk up Pandora would open up a whole bag of emotional empathy worms for her. Which sounds like something out of a science fiction novel, BUT MY POINT IS it would have this affect on her.

Believe it or not, someone suddenly crying can impact a conversation.

Anyway, after I realized how Grace would feel, I wrote a page to reflect that. I wasn't at all happy with it, however, and I was having difficulty writing in general after the weekend I'd had dealing with my back being a jerk, so I decided to wait and write better the following day.