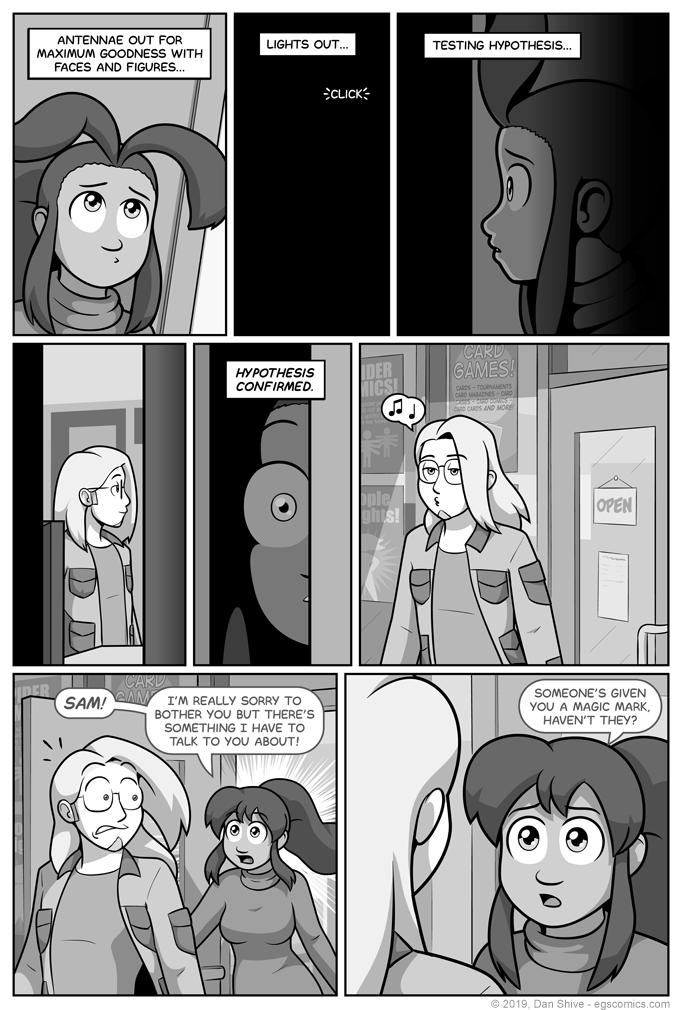 - Better with faces and figures

I do like "testing hypothesis" and "hypothesis confirmed", but I wouldn't have bothered with a monologue at all if I wasn't so concerned about being absolutely clear that Grace had her antennae out because they basically give her super-human face and figure recognition.

As for why Grace considers Sam having a mark a sign of potential danger (keyword being "potential"), that will be addressed soon, but it is possible to guess.

This is a rare case of me upping the pacing from what I originally had in mind with "what will the weekend cliffhanger be" in mind.

This wasn't to make more suspense. If anything, it was to make a bit less. I didn't want to enter the weekend with people not knowing Grace thinks Sam has a magic mark.

Granted, that doesn't answer everything, but I'd rather the questions that would be raised after this reveal than if I'd left it at the point Grace thought "hypothesis confirmed" or saying "Sam".