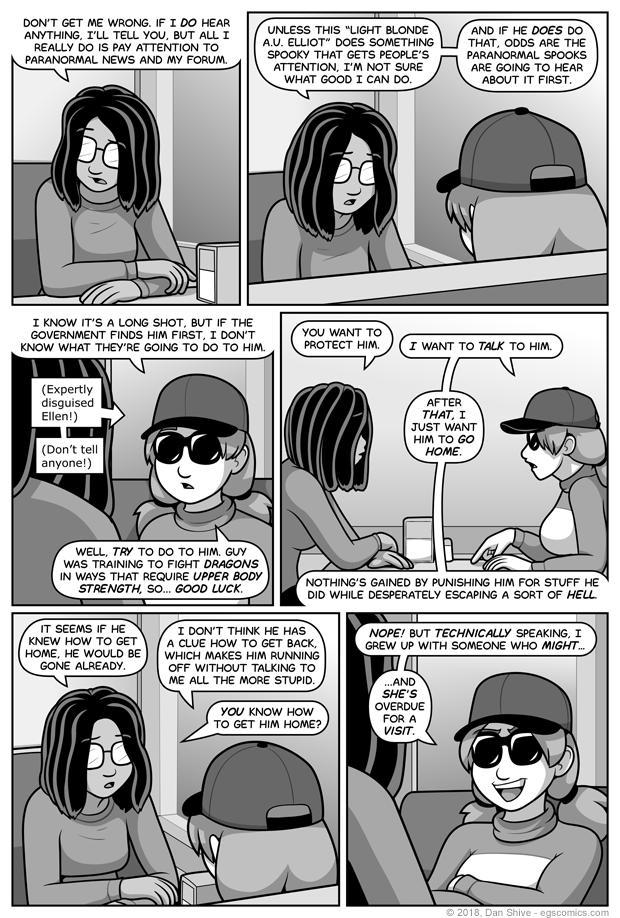 Granted, this doesn't mean we should expect something involving Kaoli right after the break or anything. There's too much other stuff going on. Plus, as far as we know, Ellen can't just summon her. It's Kaoli's move (which will undoubtedly happen at some narratively convenient moment for reasons we can only begin to guess).

Oh snap nonetheless, however, because yeah. I'm clearly committing to a Kaoli storyline.

Kablammo, as I assume the cool kids say.

EDIT: Ellen's disguise proved to be TOO GOOD! So I turned clarifying her identity into a joke by adding that narration to panel three.