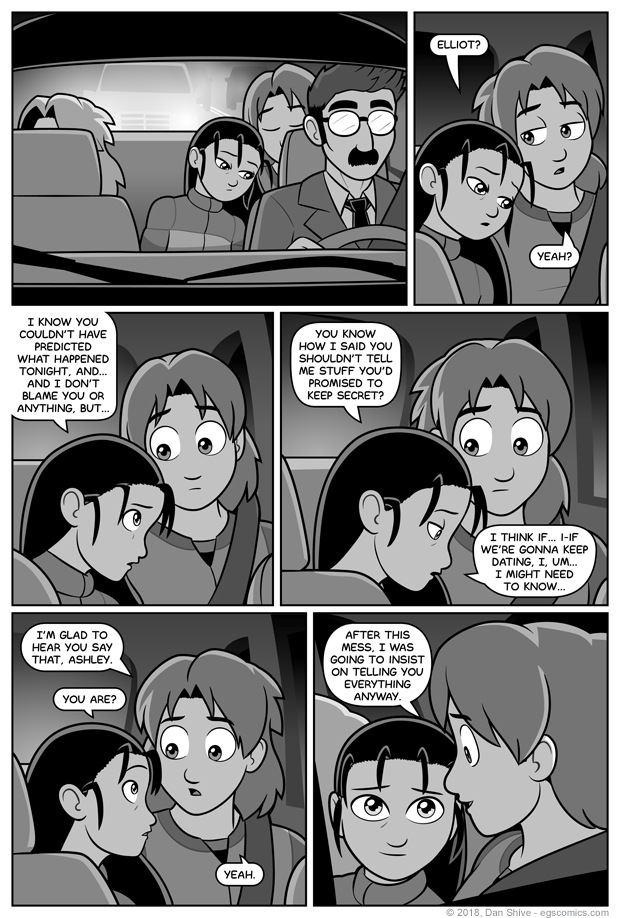 The driver's name is Bernard. He once had ambitions of being a butler, but feeling there was inadequate demand for a such a position, he wound up in law enforcement instead.

Nonetheless, at his very core, his desire is to serve people. When his magic awakened, he was awarded a plethora of helpful serving spells, and what could be considered a sixth sense for tending to people's needs.

He considered leaving his position to pursue the dreams of his younger self, and perhaps even becoming the ultimate butler. He had found purpose in protecting people from magical danger, however, and remained with paranormal investigations.

Bernard is particularly adept at assisting with witnesses, and being the "good cop" during interrogations.

Oh, and I guess Elliot and Ashley won't be breaking up after two dates in a row getting interrupted by dangerous magical weirdness. That's good to know, too.