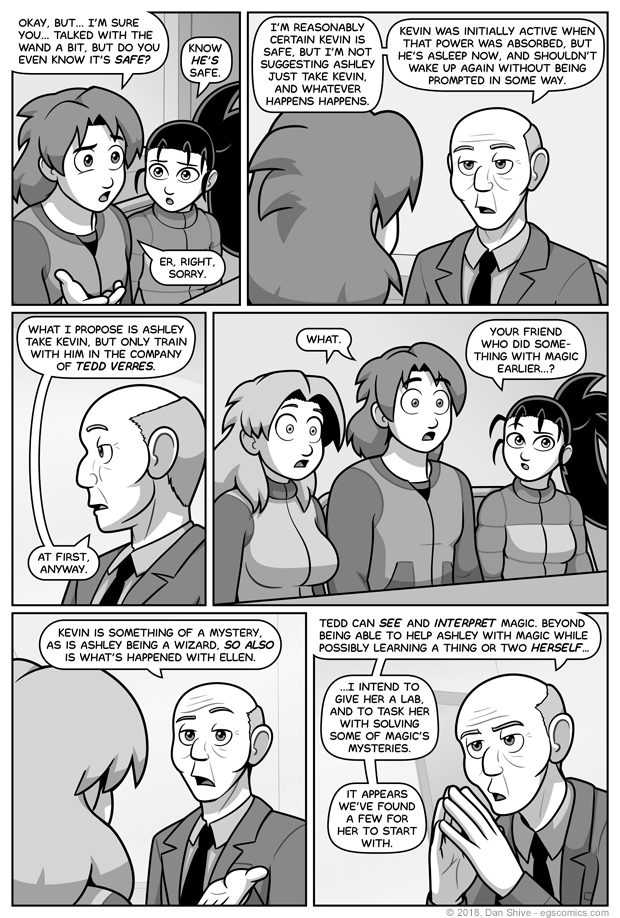 It is not for reasons of simple niftyness that Tedd's winding up with a lab, but I don't want to elaborate too much.

I mean, I actually do, I really do, but spoilers, and I'm sleepy.

Though I guess it is technically a spoiler that Tedd really will get the lab, but it's not much of one. Imagine me presenting that as a thing only to say "nope, there's not gonna be a lab." There's twists, and then there's just jerking people around.

Anyway, I do hope it's clear in the first panel that Ashley is correcting Elliot on Kevin's pronoun, not declaring "Kevin is safe". For the longest time, I just had Ashley say "he's safe", which might have been clear enough given the emphasis, but I worried about it enough to throw the "know" in there first.