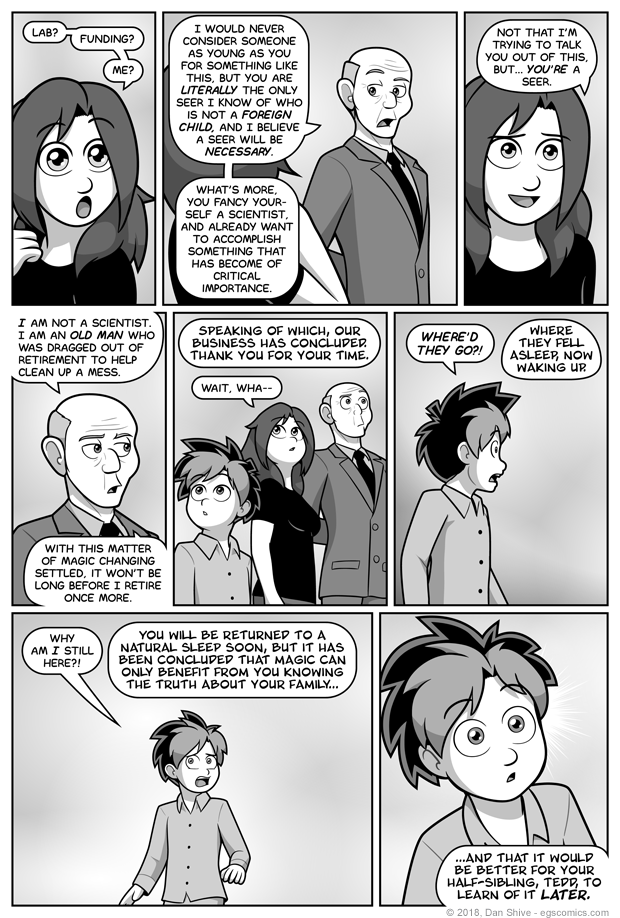 Some of you are undoubtedly worrying about Tedd, Arthur and Van forgetting everything they've learned and/or promised during thsi scene. To that, I share a response I had to that concern:

"That would be bullcarp. If I were to do that, I would quit being the author, go sit among the readers, and throw tomatoes at where I was previously sitting."

This'll be confirmed quite soon, naturally, but I felt I'd best confirm that now. And speaking of confirming...

- Super subtle foreshadowing from Not-Tengu that literally everyone noticed at some point or another, so now it's raining cookies

I considered whether to just hint at this or just be up front about it.

To be more specific, I considered this briefly before and when Van was introduced, and then all of the world said "Van's Tedd's half brother, isn't he".

At that point, it's time to just confirm it. But not for Tedd, because for once, someone probably has the right idea about temporarily withholding information from Tedd. She's already got a LOT on her mind.

Of course, now there's the question of whether people will get cookies in regard to who Van's father is. There will ALWAYS be "I guessed right" congratulatory cookies on the line, darn it.