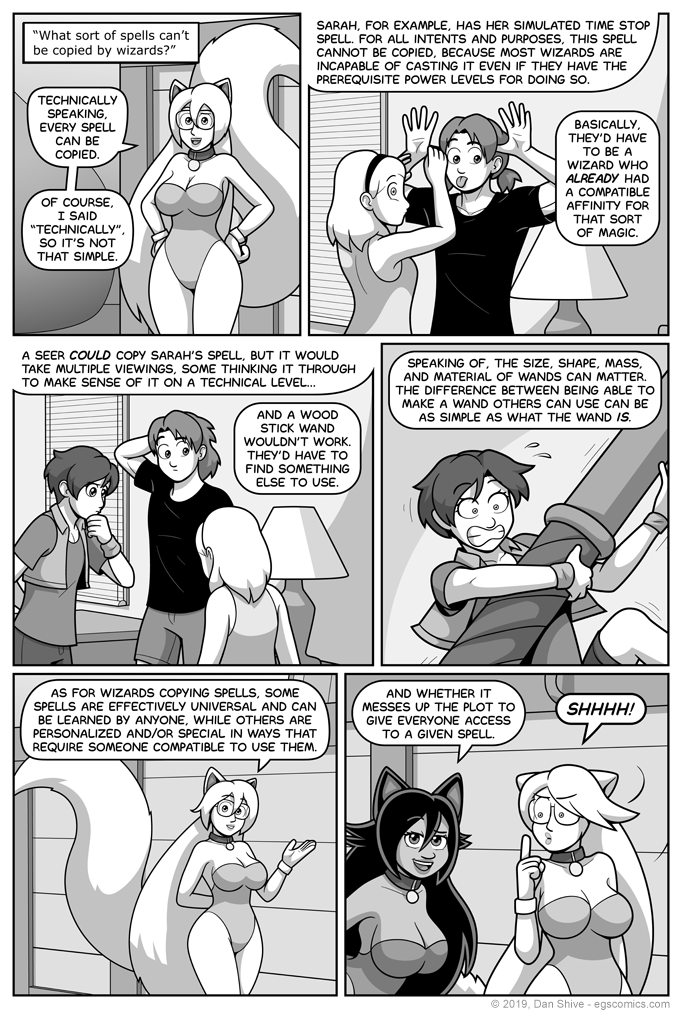 - As recently mentioned in The Secret Of Sam

Giving Elliot pigtails and posing him to make a silly face is most assuredly the only idea I had for an example of Sarah getting caught in an awkward simulated time stop moment, and any claims otherwise are lies and slander.

Also, I was going to have the party's healer, Sarah, resolve this shrunken curvy catgirl nonsense, but I wanted to do this question and she's in the example, which could be confusing, so the nonsense continues.

Sarah's spell in particular is noted here due to the warning Pandora gave Sarah about her spell.

Pandora mentioned the last person Tedd's father found with the spell got "strong-armed into government work". How exactly that wound up happening wasn't specified, but the point is that they already found someone, and magic agents are presumably not running around with simulated time stop spells.

It remains someone a very select few can do, in part due to power requirements, but mostly due to affinity requirements.

And yeah, there's the meta reason, too. Unless I want to have everyone running around with the Cheerleadra spell.