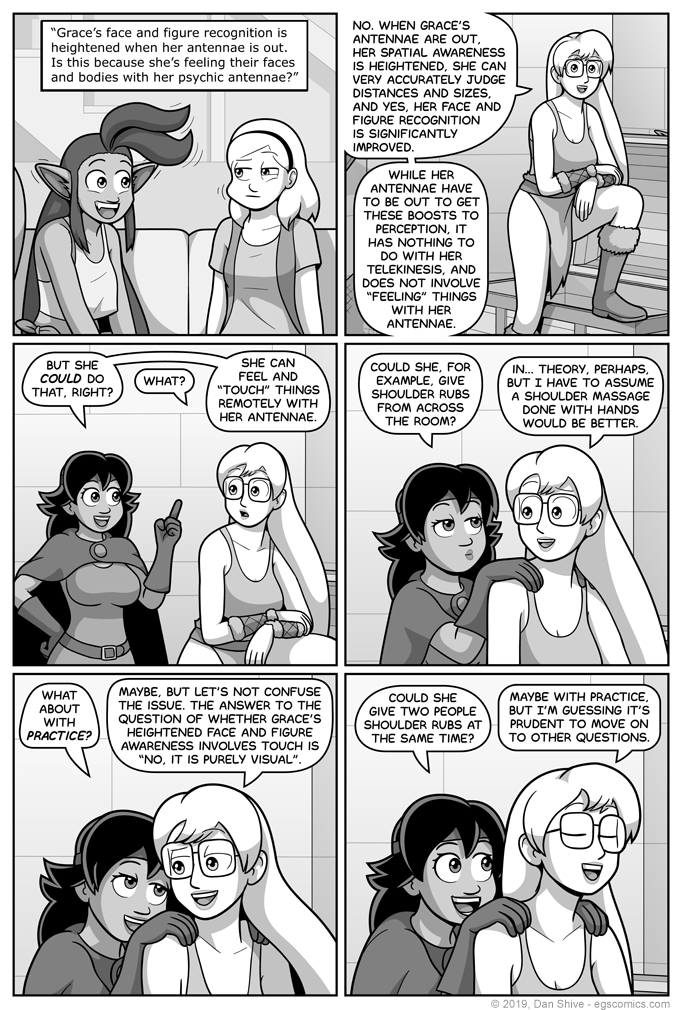 This has been something I've wanted to clarify for a few weeks now.

I would have preferred to give the impression of a psychic force pressing against Sarah's cheek rather than pulling on it, but when it came time to actually draw it, I found it super difficult to get the point across. It mostly looked like Sarah was just making a weird expression, and distorting her cheek in a compressed manner was not looking how I wanted, either.

Given my options, I boldly declared "meh" and went with the cheek pulling. Even that might be more confusing than I'd like, but it should at least be less so.

As much as I deliberately intended for Lisa's dialogue to spark the imagination, I truthfully did not plan for Lisa to give Amanda a shoulder massage. I reached a point in drawing the comic, however, where I wanted them to be closer together on panel, and what better way to get them closer together than a delightful gal pal shoulder rub.

One may well note that I didn't get to that point until panel four, meaning I made the decision to have Amanda in that general pose before then. I mostly wanted to have her interacting with the background I'd made in some way, and that's what I came up with.