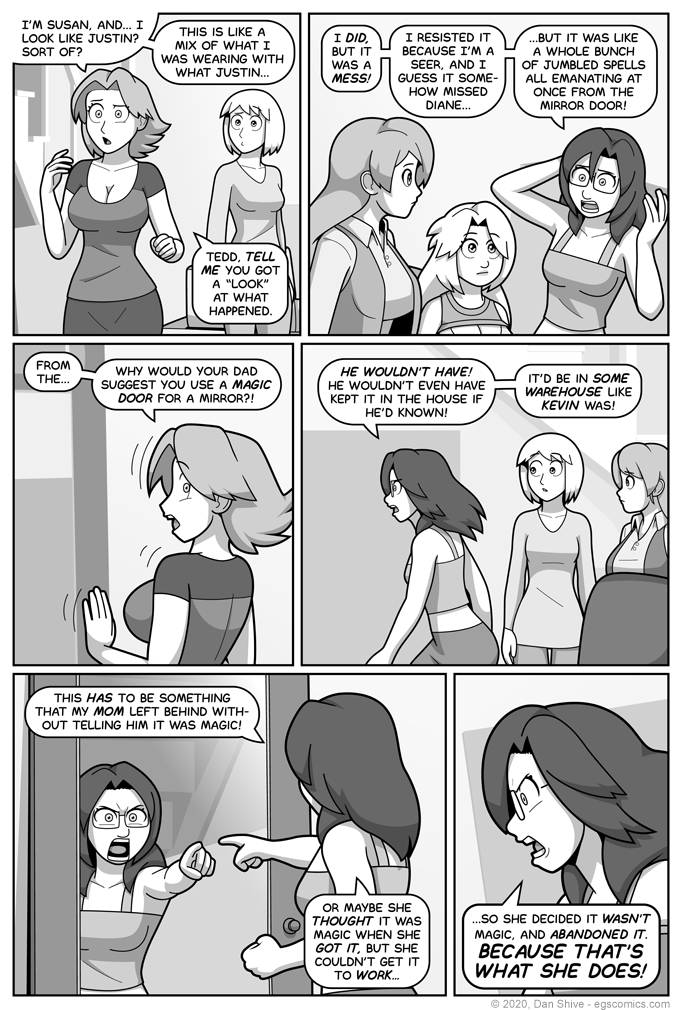 I knew Tedd was going to rant a bit about her mother at this point, but I didn't foresee the abandonment chain of logic until I got around to writing the actual dialogue.

So, um, yeah. If that caught any readers of guard, y'all weren't the only ones.

After the previous comic, several people asked if I flipped Ashley and Elliot's dialogue. I did not. They were saying their own names, then describing the person next to them for that person's benefit. As such, Ashley looks like femme-Elliot, and Elliot looks like a blonde Ashley.

For ease of confirmation: