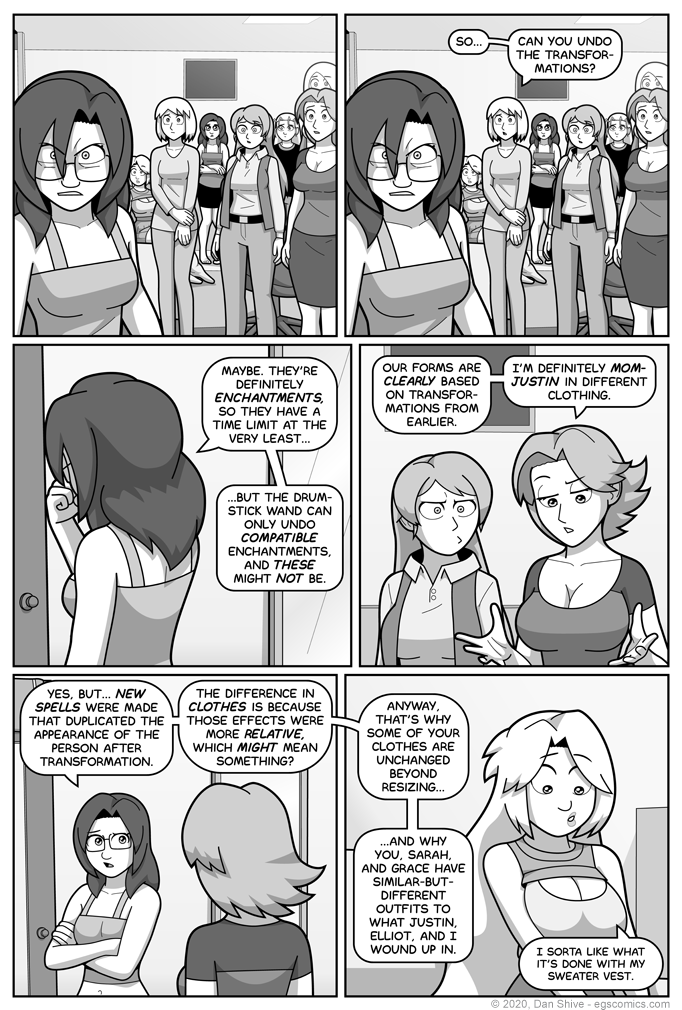 Me before making panel one: "Okay, I want a moment of total silence, and there's about eight characters in the panel, and you can see much of five of them, but I don't need to copy it! I can totally draw it twice with minor pose variations! WOO!"

Me, after finishing panel one: "Ye gods no copy copy copy"

I probably shouldn't leap to Diane's defense in a commentary, and leave everyone to reach their own conclusions about how they feel about her in panel two, but it IS worth noting that she herself isn't even transformed (as far as she knows), she's trying to get Tedd back to focusing on helping eight people who were just unexpectedly transformed against their will, and that they can totally talk about Tedd's mom later, which will also give them time to digest a bit of their dinners before acquiring various comfort foods and such to accompany said discussion.