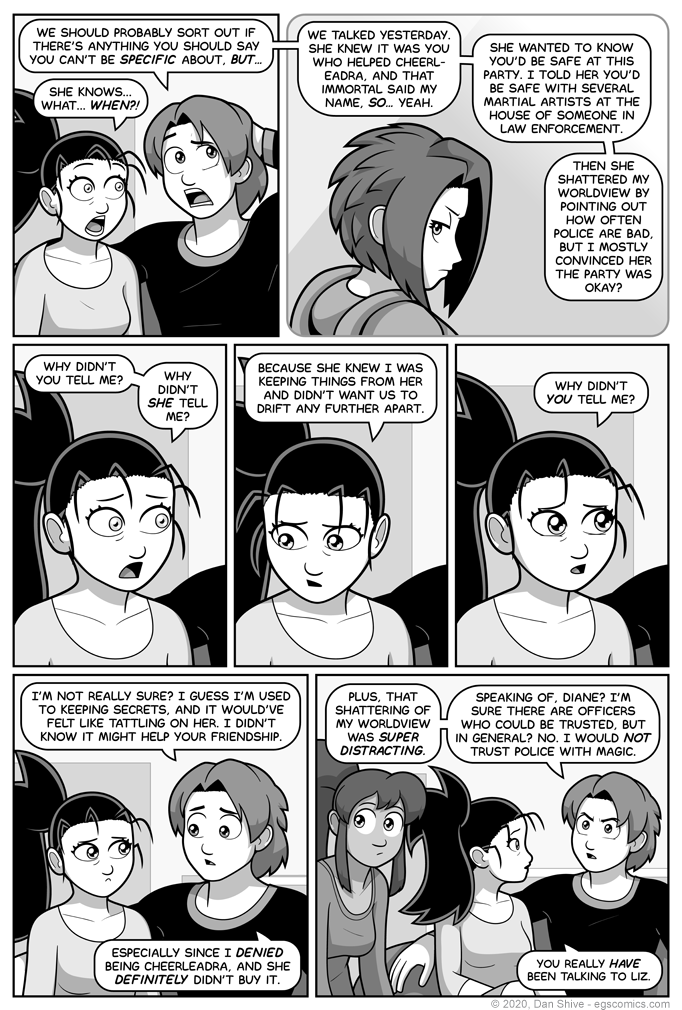 - Martial artists!
- He ain't kidding about it being distracting

- "Would you trust them with that power?"

We almost got a version of this page in which Elliot didn't specify that he denied being Cheerleadra, which I'd argue is a pretty important detail. It's easy to accidentally omit things like that when technically recapping, but it matters that Elliot make that clear if for no other reason than it might affect how Ashley feels, so... Yeah. Near miss.

"I'm not really sure" feels SO HONEST to me. I think people do things that come naturally very often without carefully thinking through why they're doing it, but then when someone asks, they retroactively provide a rich tapestry of logic beyond just going through the motions in that moment.

Granted, Elliot immediately guesses why he didn't tell Ashley, but he's not pretending it was anything he carefully thought through, and self-analysis is good.

ALSO granted, maybe he should have carefully thought it through, but used to secrets, shattered worldview, yadda yadda yadda.