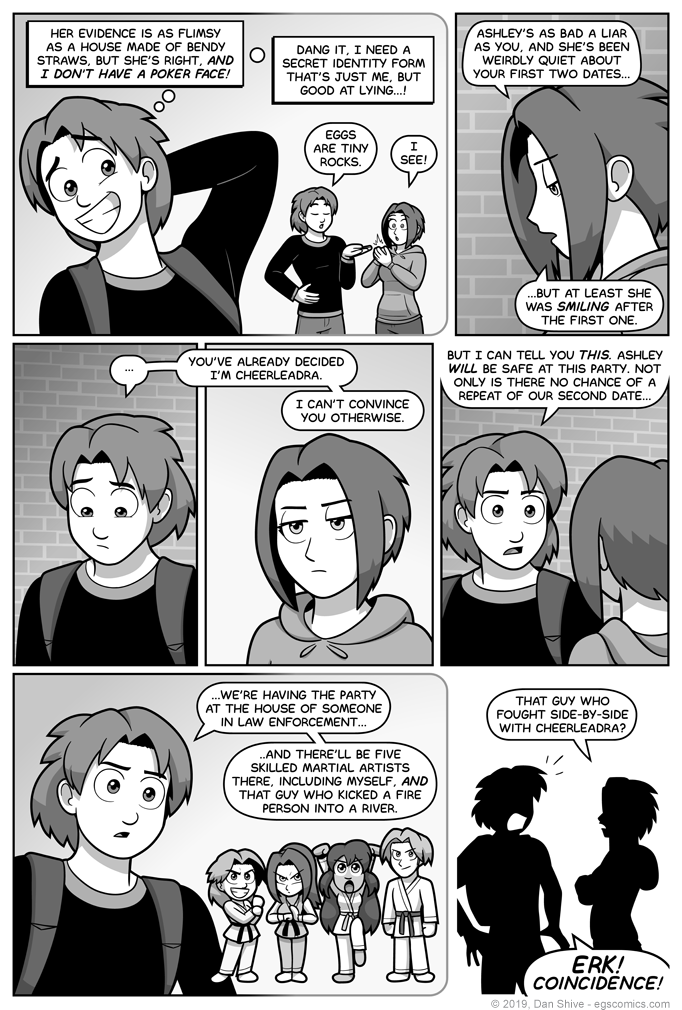 I mean, I guess Mr. Verres is technically still in law enforcement? Sort of? He's mostly a diplomat to the magical and extraterrestrial now, but he's working for the same people, and he's supposedly prevented alien invasions and such, so... Whatever. IT COUNTS.

I considered having Elliot talk about Ellen and Nanase and how they've got some fame from solving mysteries, but it was a bit awkward given the wordiness of the question and the necessary back-and-forth about it. On top of that, it would have had to be in addition to mentioning Justin, because who could resist Elliot blundering into another Cheerleadra connection.

(A connection I somehow didn't think of when I was first considering Elliot bringing up Justin's somewhat famous kick to help appease Liz, but I was so happy when I remembered it was there.)