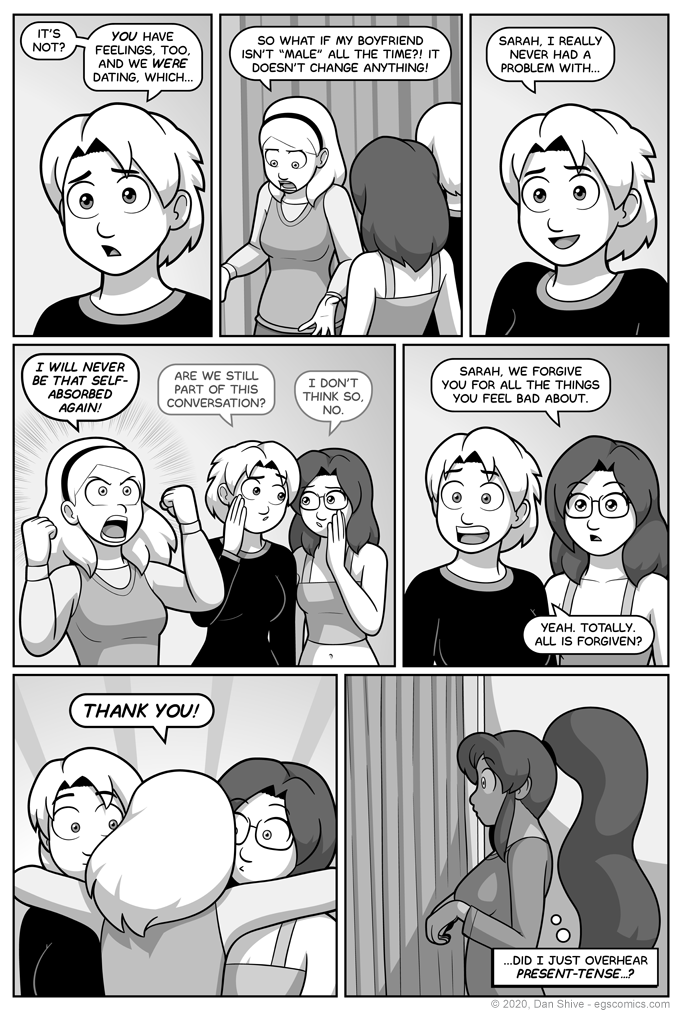 Previous page ended with Elliot saying "and your boyfriend suddenly having to turn into a girl? It had to be weird for you," and Sarah answering with "THAT is NOT an excuse!"

I know that page is right there to view, but this page opens with Elliot saying "it's not" without the context being on the same page, and I felt like a MONSTER. Granted, that sort of thing only matters for a couple days when the page is new, BUT STILL!

Speaking of the previous page, something I probably should have mentioned in its commentary, and some of you will already know, is that Tedd's overcompensation out of fear of rejection was inspired by the very same reason Tedd was written the way they originally were in the first place.

I 100% wanted gender transformations to be part of the story. I also 100% expected people to react negatively to them. I overcompensated by giving Tedd very superficial excuses for wanting to transform, and having Elliot react how I expected most everyone else to react.

On the downside, that makes some early moments cringe-worthy. On the plus side, it left room for character development, and Tedd's behavior and growth wound up coming from a real place.

As for the current page, um... I like panel four? Yes. Insightful commentary.