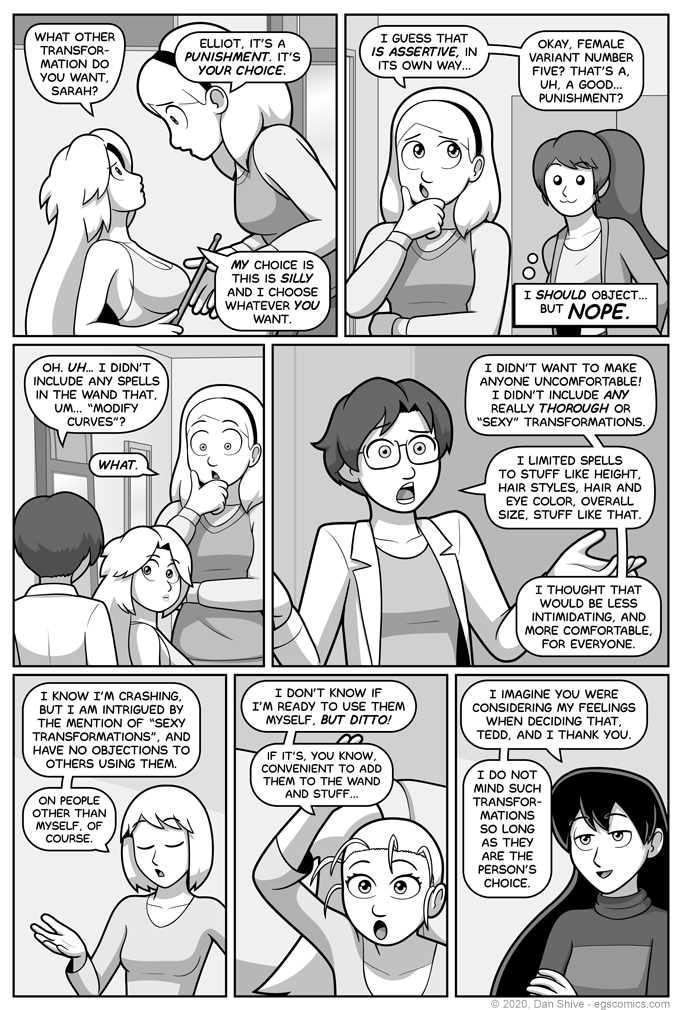 "Look, Elliot, I feel bad about something I tried to do to you."

"And you're making up for it by making me do something I disagree with?"

Look, this band of hooligans doesn't always do exactly as I think they should.

One could argue this wouldn't be a difficult complication to cut. I don't consider it a major spoiler to say that Tedd can just add such spells to the wand. From that standpoint alone, it amounts to a tiny speed bump.

I, however, would argue "nuh-uh", because I consider it an important character point that Tedd did this for the reasons she did. It also gives others a chance to speak up, but it's mostly the Tedd character point dealie.