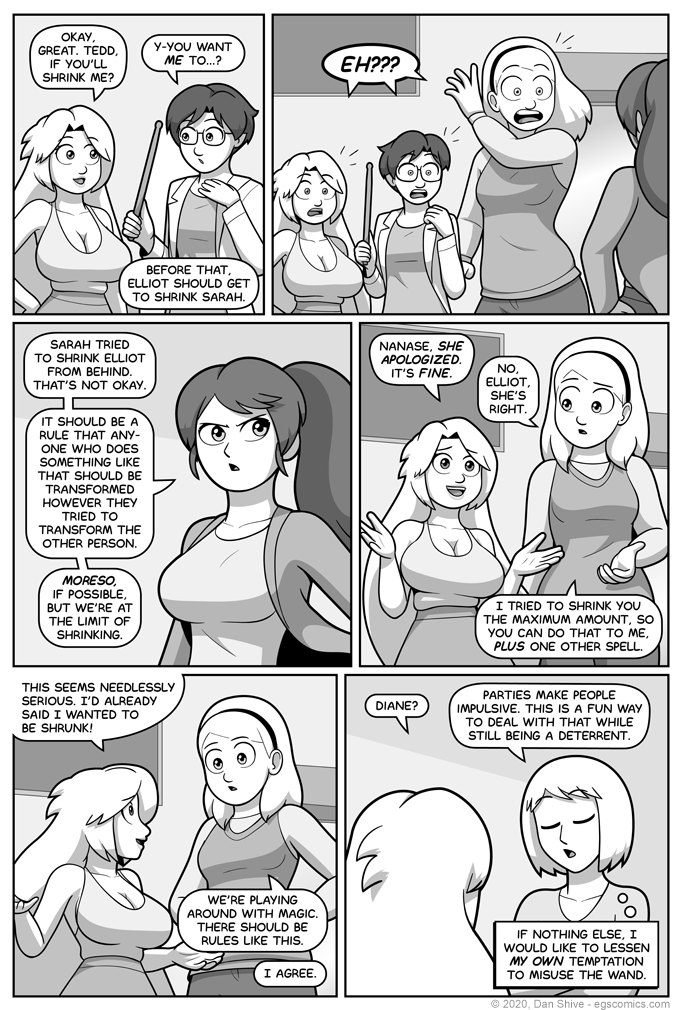 I had originally contemplated this as a joke suggestion from Diane, only half-joking about her suggesting it myself, but that was before it occurred to me that Nanase would seriously suggest it.

As much as I would be Elliot in this situation, Nanase has a point, and this does seem like a sensible rule. On the other hand, it wasn't decided upon in advance, and Elliot is fine with just letting it go, but I am happy to address further the matter of such surprise zappery not being okay, and it having a consequence.

In canon, anyway. Save that nonsense for consequence-free non-canon mischief, the lot of you!

The majority of editing of Nanase's dialogue in this comic involved the banishing of repeated variations of "I think". There were at least three instances of it, and each one made her sound less certain about the situation. It's a bad habit to overuse "I think", but thankfully for Nanase, I realized my mistake.